Israel Netanyahu Hopes to Hold on to ‘Excellent Coalition’
Israel 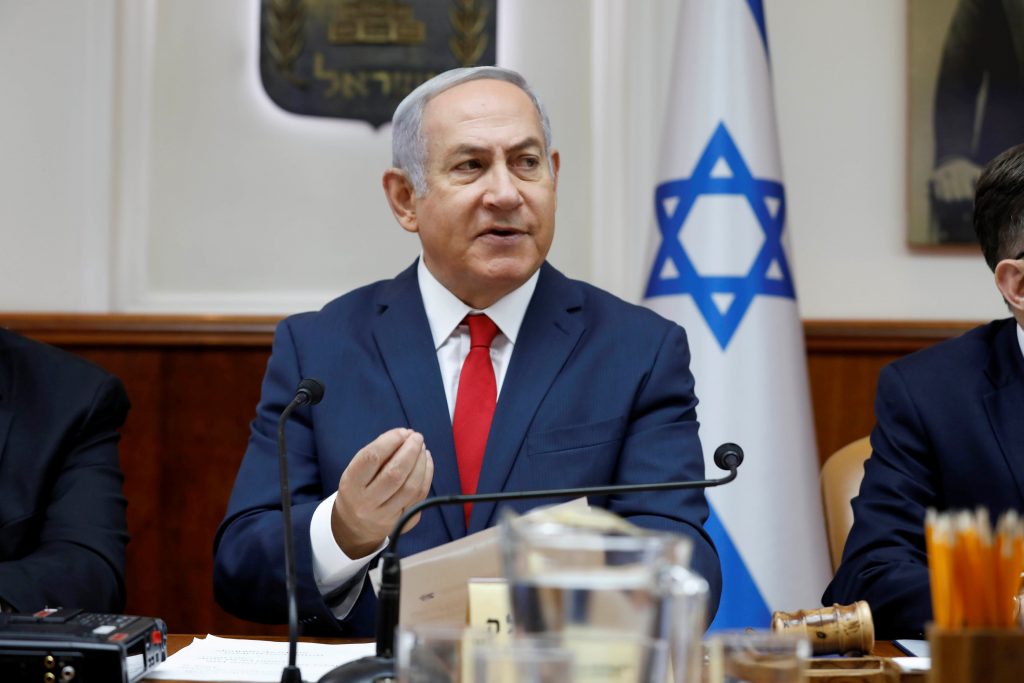 While the coalition could face demise if the chareidi draft bill passes, Israeli Prime Minister Binyamin Netanyahu expressed optimism about its future on Sunday.

PM Netanyahu told a meeting of coalition party leaders that he would like them to stay with him “almost until the end of the term,” according to The Times of Israel.

He described the coalition as an “excellent” one.

Tensions have been running high, chiefly over the chareidi draft bill. It passed its first reading in the Knesset plenum last week, with United Torah Judaism and Shas voting against it. Their votes were offset by Yesh Atid, which split the opposition to support it.

If the bill is approved in its second and third readings without significant changes, the chareidi MKs will vote against it again, and Deputy Health Minister Rabbi Yaakov Litzman has said that in that event, the MKs representing Agudas Yisrael would leave the coalition.

Meanwhile, all was not sweetness and light at Sunday’s coalition meeting either, as PM Netanyahu tangled with Finance Minister Moshe Kahlon over electricity reforms.

Kahlon, exasperated with what he perceives as foot-dragging by Netanyahu, who has failed to act even though the changes were approved a month ago, accused him of being a do-nothing prime minister:

On Sunday, PM Netanyahu had proposed mandatory arbitration of labor disputes at major monopolies, which would restrict the right to strike, so as not to let the workers cripple the economy to force their way in contract negotiations.

PM Netanyahu’s reaction to Kahlon’s blowup was not reported. But he insisted that his proposal for mandatory arbitration be recorded in the minutes. In the meantime, the resolution for reform passed.

However, it was announced that the Knesset Economic Affairs Committee would hold an urgent discussion on the issue. The hope is that the legislation will be ready for a vote in the plenum by July 30.