National Heat Relief on the Way for California Firefighters
National 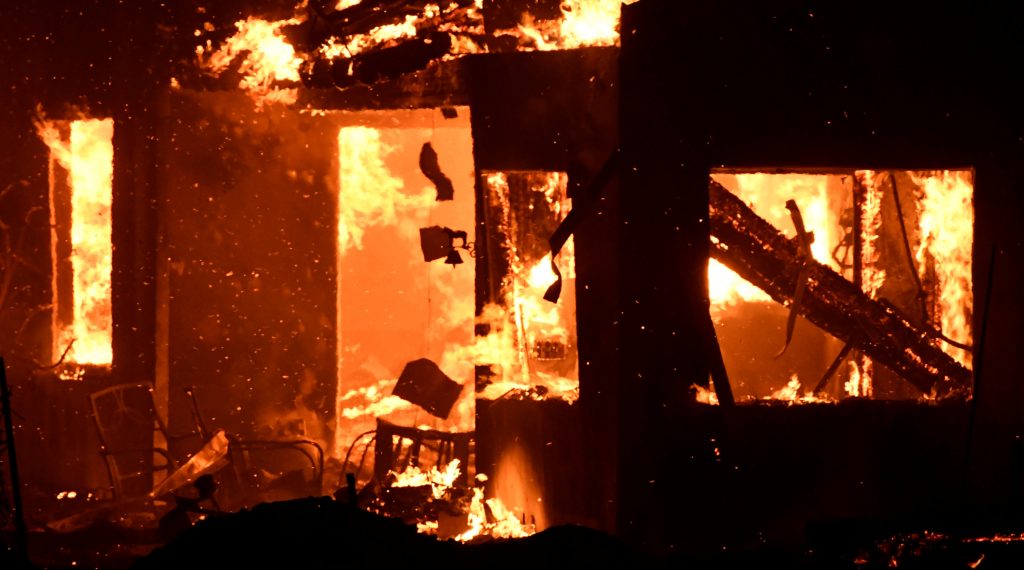 Cooler temperatures will bring some relief to firefighters battling California wildfires, but not until later in the week, the National Weather Service said.

“No luck today, but starting Monday, we’re going to see a gradual cool down, as we shave just a few degrees off each day until about midweek it gets to something like normal, in the mid-90s inland and 80s at the coast,” said Jim Hayes of the NWS Weather Prediction Center in College Park Maryland.

“Today it’s going to be another miserable, hot, dry day,” he said early Sunday, noting that temperatures in some areas inland will hit triple digits.

Santa Barbara County officials declared a local emergency on Saturday as a fast-moving wildfire destroyed 20 homes and other structures and forced thousands of residents to evacuate.

The Holiday Fire, one of more than three dozen major blazes burning across the U.S. West, broke out on Friday evening near the beach community of Goleta, California, South of Santa Barbara, and raced through the seaside foothills.

The flames forced more than 2,000 people to flee their homes, and left thousands more without power, prompting the emergency declaration which frees additional funds for the firefighting effort.

As of early Sunday, the Holiday Fire burned through more than 100 acres and was 80 percent contained, officials posted on the Internet.

Dozens of blazes have broken out across the western United States, fanned by scorching heat, winds and low humidity in a particularly intense fire season.

This year’s fires had burned more than 2.9 million acres through Friday, already more than the annual average of about 2.4 million acres over the last 10 years, according to the National Interagency Fire Center.

On Friday, the remains of an unidentified person were found near a home burned to the ground by the Klamathon fire, which broke out on Thursday near California’s border with Oregon. It marked the first fatality of the fire season in California.

The Klamathon, which has destroyed 15 structures and blackened nearly 22,000 acres, was 20 percent contained as of early Sunday, a spokeswoman said.

Elsewhere in Northern California, the County Fire has charred 88,375 acres in sparsely populated wooded areas of Napa and Yolo Counties.

Some 3,660 firefighters faced with inaccessible terrain, high temperatures and low humidity, were battling the fire, which was only 48 percent contained. It has destroyed 10 structures, damaged two and threatened 110.

In Colorado, officials said fire crews had made “much progress” battling the Spring Creek fire, which broke out on June 27 and has consumed 106,985 acres. It was 43 percent contained on Saturday, the officials said.