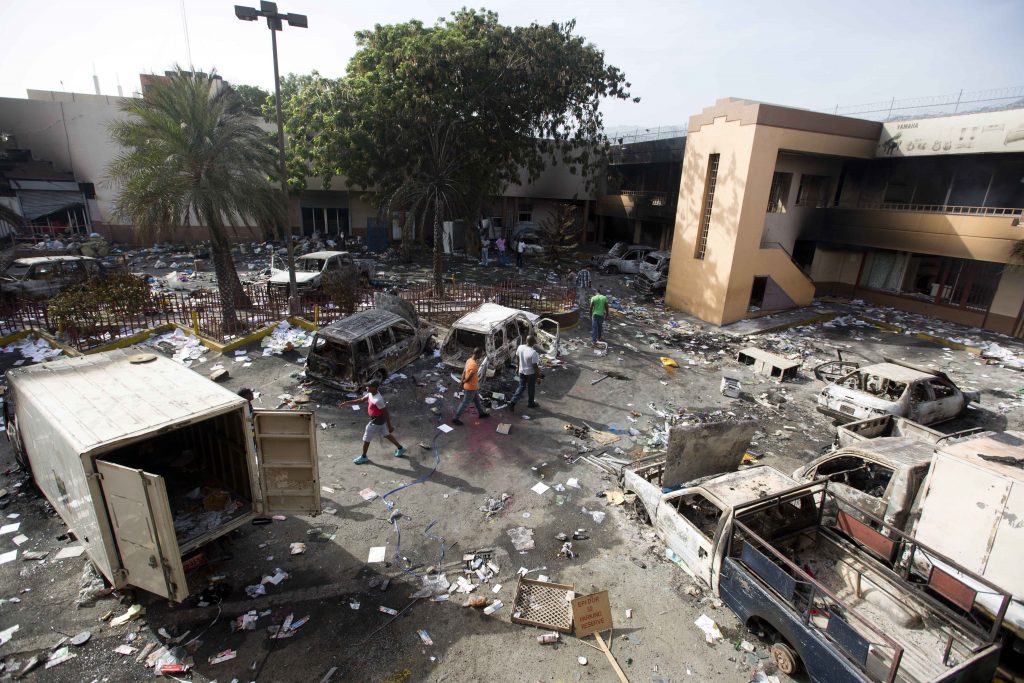 U.S. airlines canceled all their flights to Haiti Saturday as the country’s embattled prime minister called for Haitians to stop blocking roads and burning tires in civil unrest triggered by the announcement of a sharp increase in fuel prices.

At least three people have died as a result of the violence that began Friday afternoon, including a police officer and security guard for a former legislative candidate and opposition leader. Also, two police stations — one in the city of Gonaives and the other in Carrefour on the outskirts of metropolitan Port-au-Prince — were set on fire. Gunshots were fired during demonstrations in the capital city and the town of Cavaillon.

Spirit Airlines and JetBlue announced cancellations of flights to Port-au-Prince.

American Airlines canceled all of its flights including the one to Cap-Haïtien in northern Haiti, spokeswoman Martha Pantin said.

“Anybody’s going to Haiti? All flights are canceled,” a Broward County Sheriff deputy at Fort Lauderdale-Hollywood International Airport yelled as he walked near the Transportation Security Administration check-in line.

The attacks in Haiti, which appear to have overwhelmed the Haiti National Police force, which for the first time in years does not have the backing of United Nations troops, continued with fury Saturday with helpless residents and tourists watching as angry crowds attacked luxury hotels and the businesses owned by high-profile Haitians while demanding that President Jovenel Moïse rescind the gas-price increases or resign.