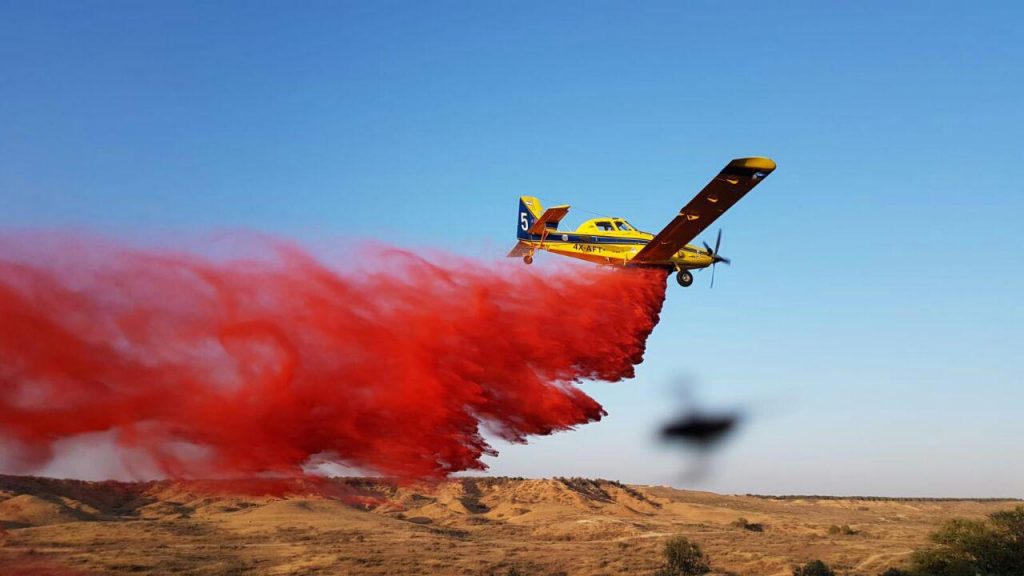 In southern Israel, firefighters battled some 40 blazes over the weekend, as Arabs continued dispatching terror balloons and kites at Israel. One of those fires, at Kibbutz Or Haner, spread quickly and required nine firefighting crews, aided by four planes, to bring under control.

On Friday, a number of terrorists were injured when they tried to throw a firebomb at Israeli forces near the Karni Crossing in Gaza. The firebomb exploded while still in the hands of the terrorists, apparently killing one terrorist. There were no injuries to Israeli forces. Gaza sources reported that one terrorist was killed in riots near the border fence.

In a statement, the IDF said that “Hamas uses various methods to conduct terror activities in the guise of violent demonstrations. They use the crowding and large gatherings as excuses to endanger the residents of Gaza and turn them into a cover for their terror activities.”