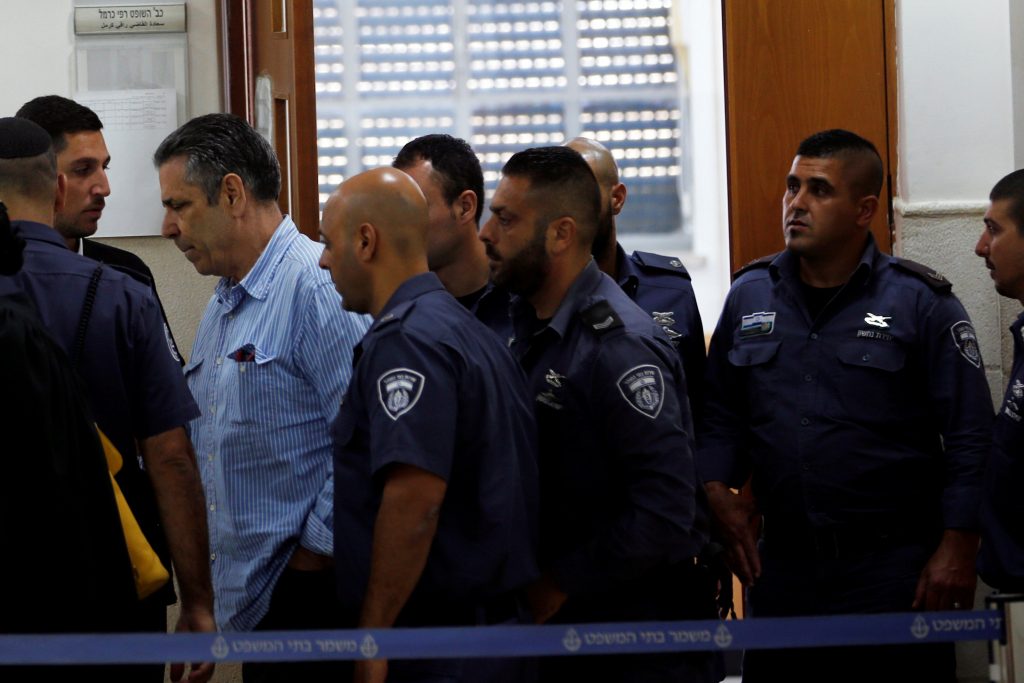 A former government minister charged with spying for Iran went on trial Thursday in Yerushalayim for allegedly relaying information to the country’s top enemy.

Gonen Segev was extradited from Equatorial Guinea and arrested upon arrival earlier this year.

The Shin Bet has said that he acted as an agent for Iranian intelligence and is suspected of “committing offenses of assisting the enemy in war and spying against the state of Israel.”

As Segev appeared in the Yerushalayim District court, Prosecutor Geula Cohen said the severity of the case — when “a former minister spies … for the country that is considered the biggest enemy of Israel” — cannot be ignored.

Segev’s lawyer, Moshe Mazor, said he has not received all the materials in the case yet.

“As you know, there is quite a sweeping gag order on the details of the affair and therefore our ability right now to share Mr. Segev’s claims is very limited,” he said.

The trial is being held behind closed doors and Segev’s claims in the case against him have not been made public.

When news of the case broke out in June, lawyers representing Segev issued a brief statement that did not reject or accept the accusations, only saying that the indictment “portrays a different picture” than what the Shin Bet says.

Israel and Iran are bitter enemies, and the allegations against Segev are extremely grave.

Israel considers Iran to be its biggest threat, citing Iranian calls for Israel’s destruction, its support for hostile militant organizations like the Lebanese Shiite Hezbollah teror group and its development of long-range missiles.

Segev, who served in the Cabinet under Prime Minister Yitzchak Rabin in the mid-1990s, was arrested in 2004 for attempting to smuggle 32,000 tablets of contraband from the Netherlands to Israel, using an expired diplomatic passport.

Segev, a former doctor whose medical license was revoked, was released from prison in Israel in 2007 and had been living in Africa in recent years.