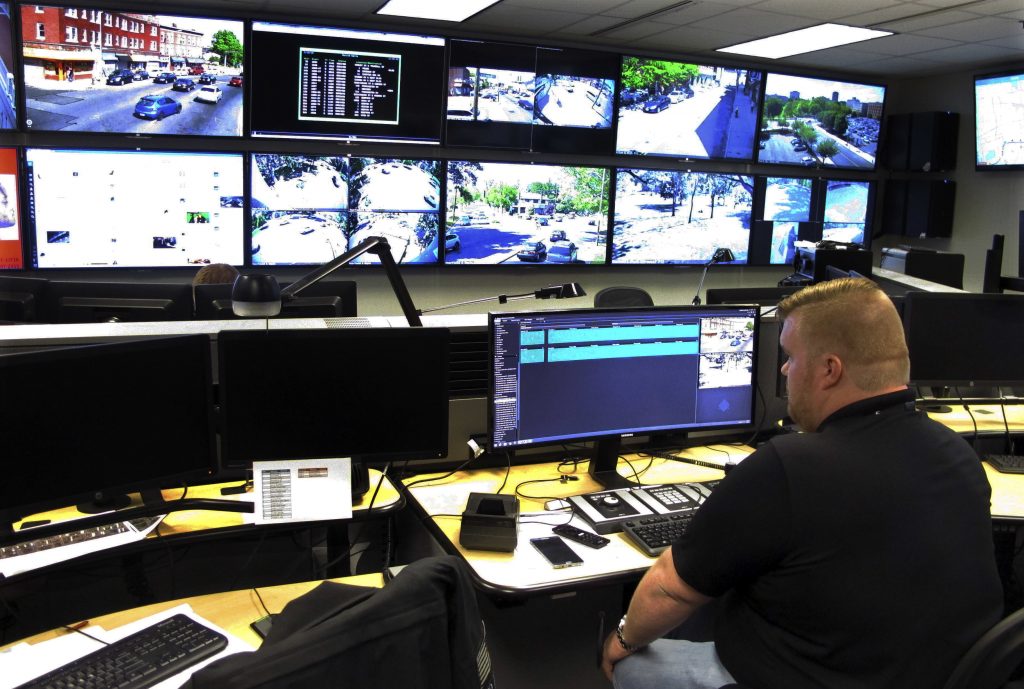 Years of secrecy by America’s police departments about their use of computer programs predicting where crimes will occur and who will commit them, are under fire in legal cases nationwide.

The largest departments — New York, Chicago and Los Angeles — are all being sued for not releasing information about their “predictive policing” programs, which use algorithms to crunch data and create lists of people and neighborhoods for officers to target. Some smaller departments also have been brought to court and before public records agencies.

A top concern, advocates say, is that the computer programs perpetuate the problem of minorities being arrested at higher rates than whites. If arrest and crime location data that show such biases are fed into the algorithms, they argue, police will continue targeting minorities and minority neighborhoods at higher rates.

Several groups and organizations have taken police agencies to court in an effort to find out which data is being fed into the programs, how the algorithms work and exactly what the end results are, including which people and areas are on the lists and how police are using the data.

“Everybody is trying to find out how it works, if it’s fair,” said Jay Stanley, a senior policy analyst for the American Civil Liberties Union. “This is all pretty new. This is all experimental. And there are reasons to think this is discriminatory in many ways.”

The programs are developed by private companies such as Palantir and PrePol, and can tell police where and when crimes are likely to occur by analyzing years of crime location data. Other, more criticized programs produce lists of likely criminals and victims based on people’s criminal history, age, gang affiliation and other factors.

Some cities are spending hundreds of thousands of dollars, even millions, on predictive policing programs, with many of the costs paid for by state and federal law enforcement grants. Several dozen U.S. police departments use some form of predictive policing, and more than a hundred others are considering or planning to start such programs, according to counts and estimates by different groups.

Police officials say they can’t release some information about their predictive programs because of citizen privacy and safety concerns, and because some data is proprietary. The programs are helping to reduce crime and better deploy officers in a time of declining budgets and staffing, they argue.

Some studies have arrived at conflicting conclusions about whether predictive policing is effective or biased; but there has not been definitive research yet, experts say.

Critics say they’ve already seen what they believe is evidence of biases in predictive policing, including increased arrests in neighborhoods heavily populated by blacks and Latinos and people on computer-generated lists being repeatedly harassed by police.

Mariella Saba believes predictive policing labeled her Los Angeles neighborhood, Rose Hill, as a crime hot spot, because she has seen heavy law enforcement activity. Friends and neighbors, many of them Latino, have been stopped by police multiple times, she said.

One friend, Pedro Echeverria, was shot three times by a police officer last year but survived. Prosecutors ruled the shooting justified, saying Echeverria had a gun and fought with officers. Police said they decided to stop him as he was walking on a street because he was in Rose Hill, a “known hangout” for gang members, according to a prosecutor’s report.

“It’s traumatic. It creates trauma,” said Saba, 30, of the increased police activity. “I know better to never normalize this or see this as normal. I’m about to burst.”

Saba said she can’t be certain whether Rose Hill is the subject of predictive policing, because police won’t release that information. A group she co-founded, the Stop LAPD Spying Coalition, sued the police department in February seeking data about its program.

The LAPD has released some data to the group, but hasn’t handed over other information, including copies of “chronic offender bulletins” that list people of interest to police. The lawsuit remains pending.

The LAPD can’t release some information because of concerns about citizens’ privacy; and other data sought by Saba’s group doesn’t exist, said Josh Rubinstein, a police spokesman.

“We’re not trying to dodge anything,” he said. “They’re making assumptions about what we’re doing that aren’t true.”

The LAPD uses a data mining program developed by Palantir Technologies, which was co-founded by tech financier and PayPal co-founder Peter Thiel with backing from an investment arm of the CIA. The company has helped the military in Iraq and Afghanistan.

Challenges in some other cities:

– In Hartford, police are facing a complaint by the Connecticut ACLU to the state public records commission for not releasing information about analytical software for the city’s surveillance camera system that officials say will help predict crime and capture suspects.

– Journalists sued Chicago last year to get information on which data goes into its so-called “heat list,” which ranks certain people on how likely they are to become perpetrators or victims of crime. The case remains pending.

“People are rightfully skeptical of the government using computers to predict who’s going to commit a crime,” said Matthew Topic, a lawyer for the journalists. “Maybe this heat list is a legitimate tool. Maybe it could be used better. The whole point of having transparency laws is we, as the public, get to second-guess everything government does.”

– A judge in December ordered New York City police to release records about its predictive policing tools, after officials declined to disclose documents requested by the Brennan Center for Justice at New York University School of Law. The center is seeking information about the department’s use of Palantir’s products and other records.

– Information about New Orleans’ predictive policing program is being sought in court by Kentrell Hickerson, who is appealing his convictions on gang-related charges. A judge said in April that Hickerson can subpoena city officials for information on whether data from the program were used in his case. The case remains pending.