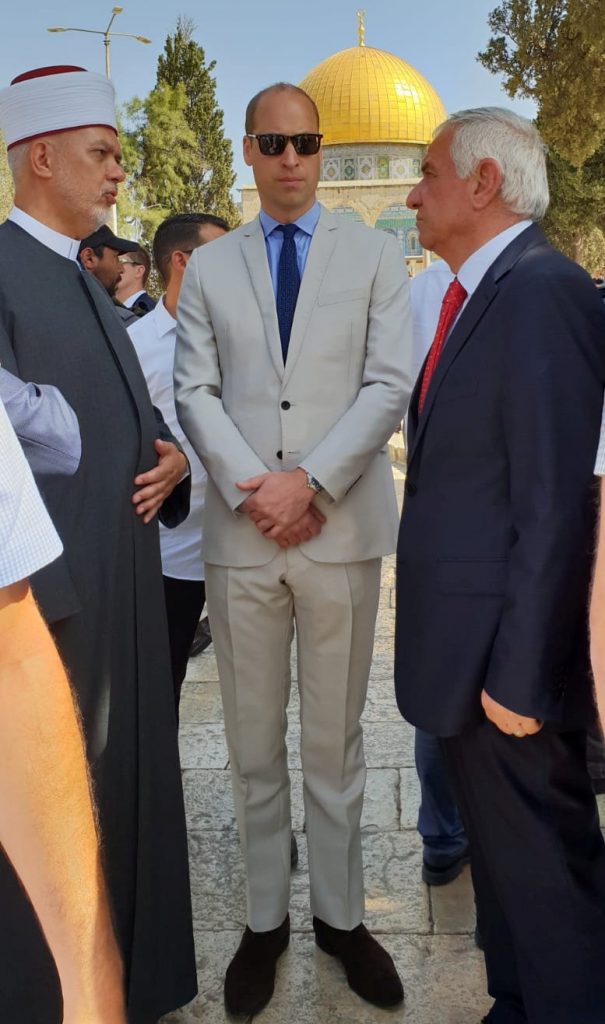 The officially nonpolitical visit of Britain’s Prince William last week took a distinctly political turn when he arrived at Har HaBayis and was met by a senior Jordanian diplomat against Israel’s express wishes, the Times of Israel reported Thursday.

The prince, who came to see Al-Aqsa Mosque, was greeted by Nizar al-Qaissi, a Jordanian diplomat who serves in the kingdom’s mission to Ramallah.

Israel’s Foreign Ministry and police had raised objections to the meeting, according to “a well-placed source.”

The international community does not recognize Israeli sovereignty over eastern Yerushalayim, so foreign dignitaries usually describe their visits there as “private” and are not accompanied by Israeli officials but rather by religious leaders. Israel expects the same of Jordan, which is presumably the reason for the reported objection.

William, also known as the Duke of Cambridge, second in line to the throne, visited the Kosel later the same day. He was escorted there by Kosel Rabbi Shmuel Rabinowitz.

An official at the British Consulate General in Yerushalayim indicated that his people had no hand in any breach of protocol, telling the Times that “the Waqf invited those to attend and greet” the royal.