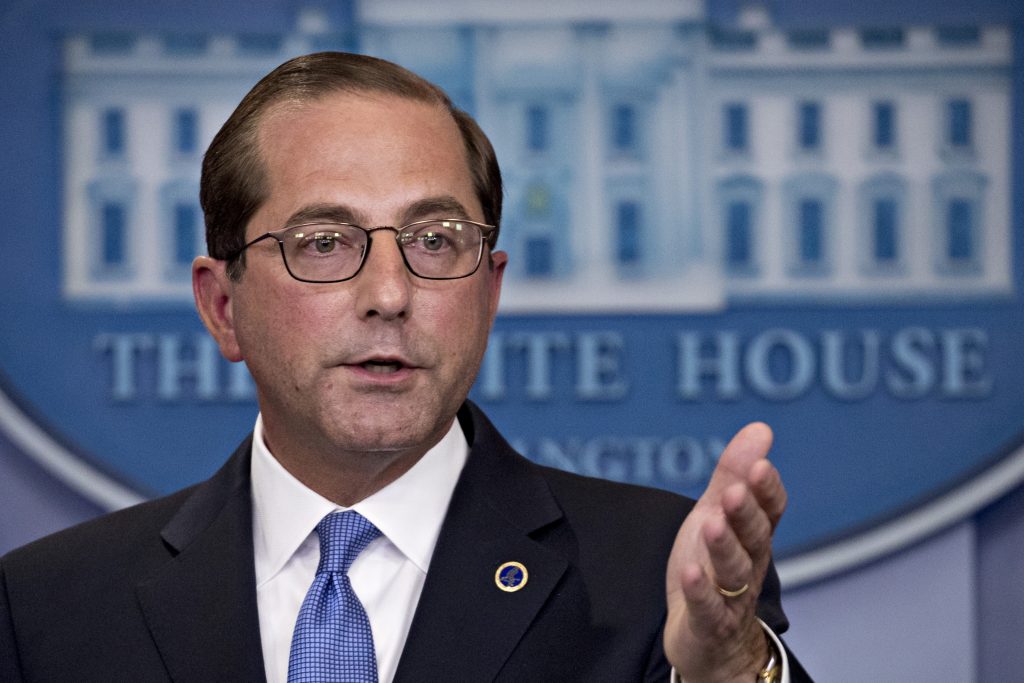 Health and Human Services Secretary Alex Azar said Thursday that officials are racing against a federal judge’s “extreme” deadlines to reunite “under 3,000” migrant children separated from their parents at the U.S. border.

Azar did not provide a precise number of children who have been separated from their parents under the Trump administration; but he said hundreds of government employees are working to verify that information, including through DNA testing. The children are being held in shelters overseen by HHS. Their parents are in federal immigration jails.

Azar signaled that, once reunited, the families will likely remain together in the Department of Homeland Security’s custody to await asylum interviews or deportation hearings.

Under the same ruling, about 100 children under 5 years old must be handed over to their parents by Tuesday night, Azar said. Homeland Security is relocating parents to facilities near the child shelters so they can be reunited by the court’s deadline.

“We want this to be as compassionate a process as it humanly can be,” he said in a conference call with reporters.

The judge also prohibited the government from deporting parents without their children, unless the adults left the United States voluntarily. A status hearing is scheduled for Friday.

The Trump administration separated most of the families starting in May, when it unveiled a “zero tolerance” policy that brought criminal charges against all migrants who crossed the border illegally, even if they were traveling with children.

Azar said Health and Human Services is currently caring for more than 11,800 minors through a network of shelters nationwide. More than 80 percent of the minors are teenagers, mostly males, who crossed the border alone.

In his ruling, Sabraw called the separations “chaotic,” with children as young as infants taken from their parents and held in shelters overseen by HHS.

This week, the ACLU expressed concern that the federal government is pressuring migrant parents to agree to be deported in order to regain custody of their children. Federal immigration officials have denied doing that, saying they are only seeking to comply with the judge’s ruling.