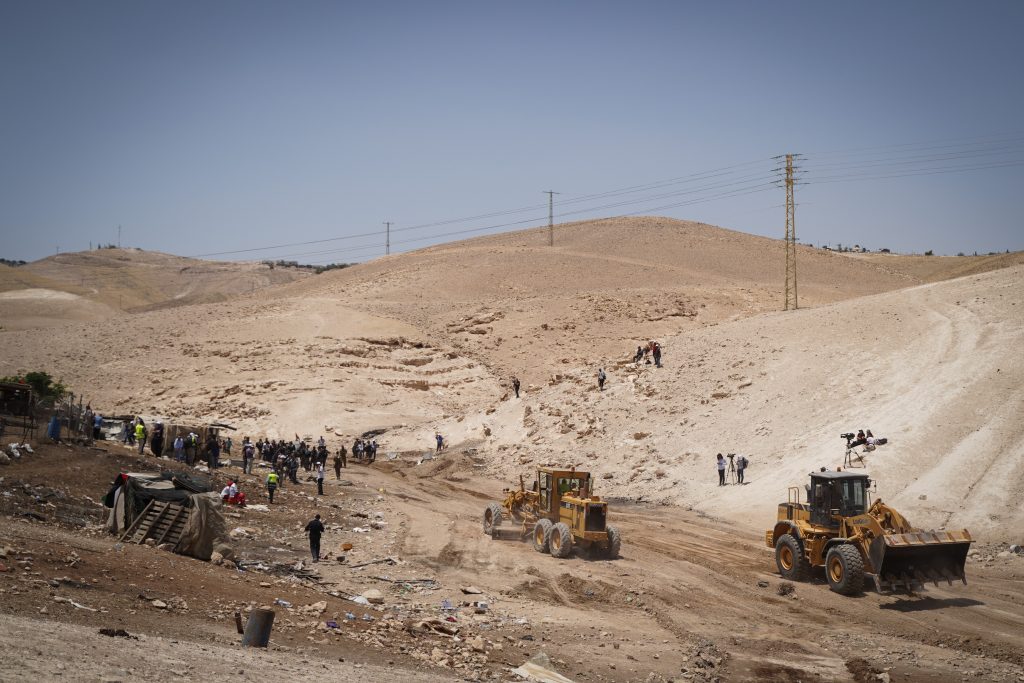 A delegation of European diplomats were kept out of the Bedouin village of Khan al-Ahmar in the Shomron on Thursday by Israeli police, AFP reported.

The diplomats — from Belgium, Finland, France, Ireland, Italy, Spain and Switzerland — went there to show solidarity with the residents whose homes are set for demolition.

In particular, they sought to visit a school which has been funded by EU countries.

However, police had cordoned off the area as a declared military zone, and refused the Europeans entry.

“We were briefed by local leaders, but refused access by security forces to the school,” the Irish representative to Palestinians in Yehudah and Shomron said in a tweet.

“We wanted to show our solidarity with this village which is threatened with destruction — for humanitarian reasons, and because it is a major issue of international law,” the Consul General of France in Yerushalayim, Pierre Cochard, told journalists at the scene.