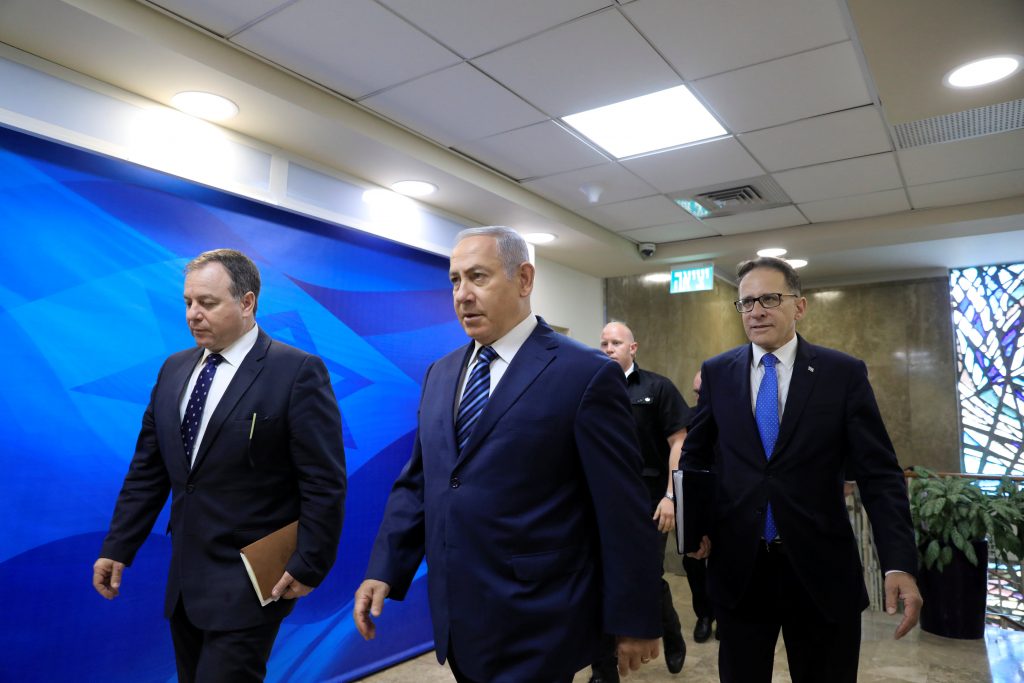 With three separate corruption cases pending against him, Israeli Prime Minister Binyamin Netanyahu has been seeking financing for the massive legal fees that will be incurred in his defense.

Three months ago, Netanyahu asked the Prime Minister’s Office legal adviser if he could accept funding for the looming legal battle from two of his wealthy associates: U.S. tycoon Spencer Partrich and Nathan Milikowsky, a cousin of the prime minister, according to media reports.

In a letter sent on Wednesday, Mandelblit notified the comptroller that it will be up to its Permits Committee to determine if it would be “justified under the circumstances and publicly correct” for Netanyahu to accept such funding. The permits committee is headed by retired Judge Ezra Kama.

Ministers in the government are normally forbidden from accepting gifts or funding beyond their state salaries.

Mandelblit further stipulated that in the event approval is given, a mechanism will have to be established to ensure that the money is used for legal fees and nothing else. That means the appointment of a trustee to oversee the process and guarantee proper auditing and transparency.

In addition, Netanyahu cannot be involved in matters relating to the two backers or their business activities for the duration, in order to avoid a conflict of interest.