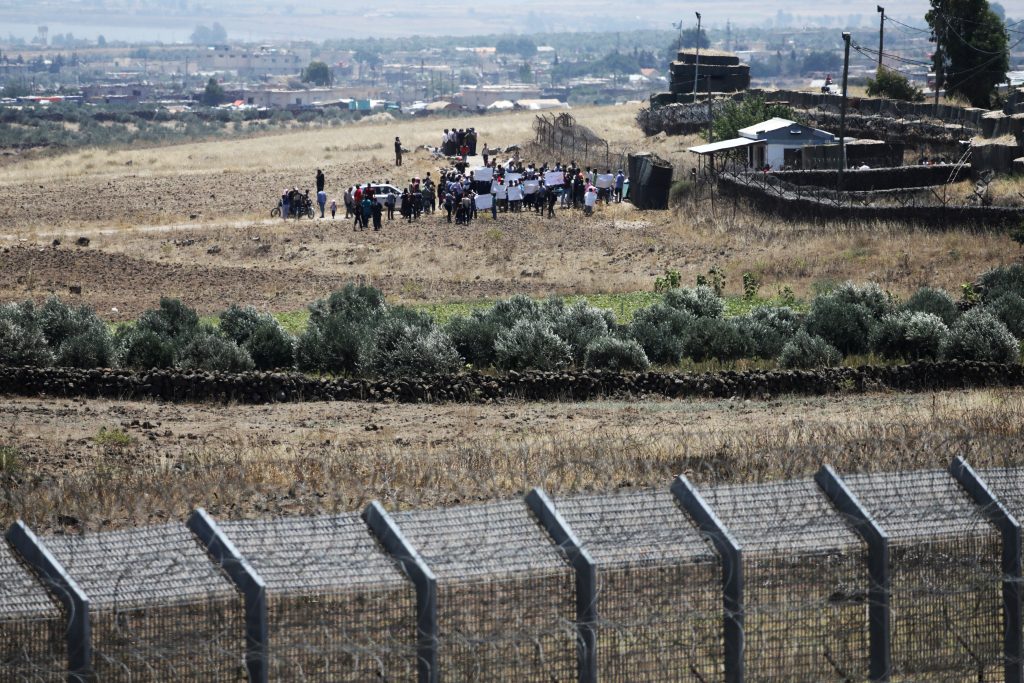 Reports that ceasefire plans for southern Syria call for deployment of government forces near the border with Israel have prompted Israel to indicate the unacceptability of such a solution.

An Israeli defense official was quoted by Channel 10 on Wednesday night saying that a message has been sent to Syrian President Bashar Assad warning him that any of his forces who enter the demilitarized buffer zone between the countries will be regarded as a legitimate target.

The source added that the IDF has stationed units of the Combat Intelligence Corps near the border to closely monitor Syrian military movements in the area.

On Tuesday, Prime Minister Netanyahu issued a statement which called for upholding the 1974 U.N. ceasefire agreement, which established the buffer zone.

“We have a Separation of Forces Agreement with Syria from 1974; this is the guiding principle. We will adhere to it very strictly and so must others, everyone,” Netanyahu stated.

In a related development, Syria recently rejected a proposal to install early warning systems in the buffer zone, Channel 10 reported.

The UN force that monitors the 1974 disengagement agreement approached both Israel and Syria about the warning systems. Israel reportedly agreed, but Syria did not, apparently due to fears that it could threaten state security, if used to track Syrian troop movements in the area.

The system under discussion would be capable of detecting the entry of unauthorized forces into the buffer zone, as well as warn of explosive devices.

Meanwhile, Israel is involved in talks with the United Nations about setting up a safe zone in southern Syria for upwards of 300,000 Syrians fleeing a regime offensive, according to Walla.

The purpose of such a zone will be to prevent chaotic and dangerous conditions from arising in tent encampments of Syrians fleeing the fighting.

An IDF official said this week that while Israel is delivering large amounts of humanitarian aid to the refugees, it does not intend to open the border to them.