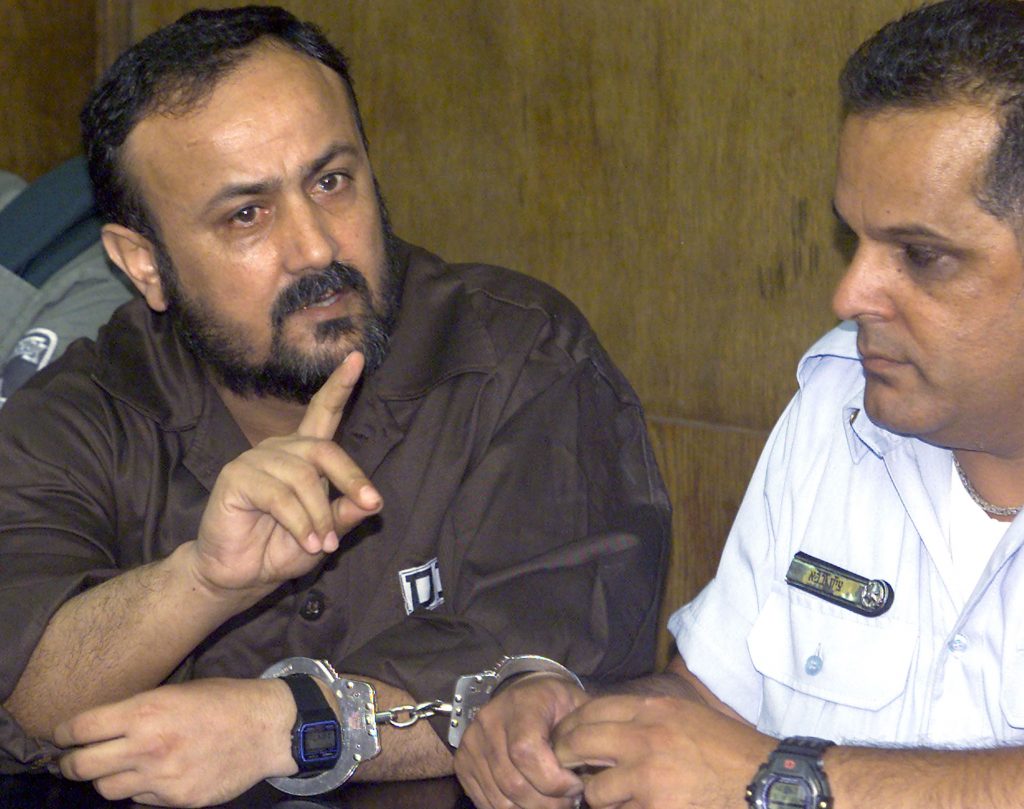 Marwan Barghouthi, a Palestinian Intafada leader jailed for life by Israel on multiple murder charges, would win the most votes if an election were held to find a successor for 82-year-old Palestinian Authority President Mahmoud Abbas, a survey released on Wednesday found.

The poll was conducted by the Ramallah-based Palestinian Center for Policy and Survey Research (PCPSR), which interviewed 2,150 adults in Yehudah and Shomron and the Gaza Strip.

Thirty percent of respondents named Barghouthi, a member of Abbas’ Fatah faction whom an Israeli court handed five life sentenced for murder in 2004, as their favorite to replace the aging president.

The next most popular candidate was Ismail Haniyeh, head of Hamas, with 23 percent support.

Questions about Abbas’s prospects were raised by his eight-day hospitalization in May for what officials said was a lung infection.

Wednesday’s poll found that 61 percent of the public want Abbas to resign and 33 percent want him to stay in office.

Abbas became president in 2005 after the death of Yasser Arafat, and pursued U.S.-led peace talks with Israel. But many Palestinians lost faith in him as his efforts yielded no gains and talks stalled in 2014.

Abbas’ democratic mandate expired nine years ago, with no new elections set due to a Fatah-Hamas power struggle.

The PCPSR poll found that 48 percent of Palestinians believe that, post-Abbas, rival factions would be able to agree on a new election; 41 percent said they did not believe this.