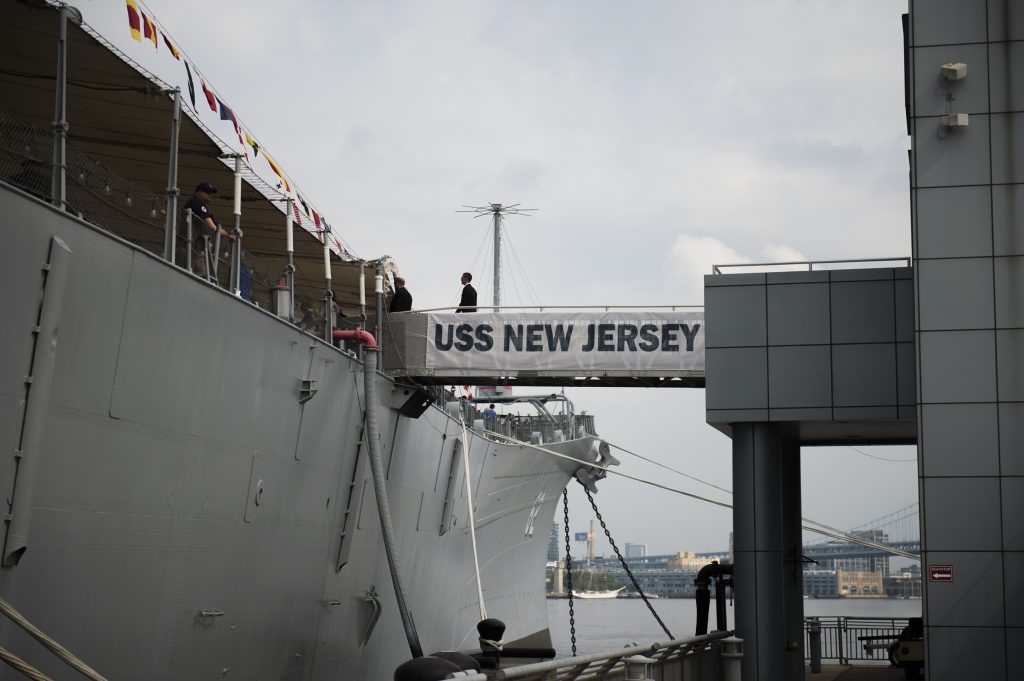 Several dozen people are among the newest United States citizens following a naturalization ceremony aboard a battleship in New Jersey.

The ceremony was held on the forecastle or forward deck of the USS New Jersey in Camden, New Jersey, with the Philadelphia skyline across the Delaware River serving as a backdrop.

In 2015, the U.S. Citizenship and Immigration Services welcomed 729,995 citizens during naturalization ceremonies in the United States and around the world.