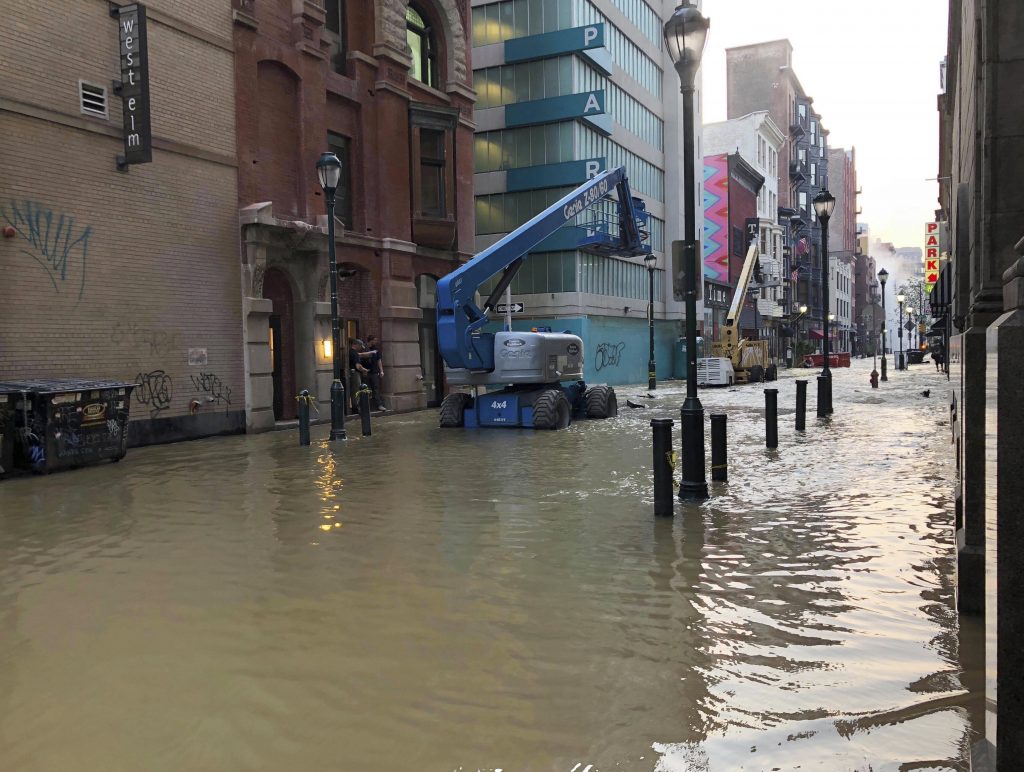 A large water-main break sent up to 15 million gallons of water gushing through downtown Philadelphia streets and onto sidewalks Tuesday, cutting power to thousands of customers.

Water crews were able to stop the flow of water at about 7:30 a.m., after more than three hours of flooding that snarled the morning commute and prompted rerouting of some city buses.

Peco said 700 to 750 customers remained without power by midmorning, down from about 2,000 at the height of the flooding. Crews were pumping out flooded basements, and in some cases water must be removed before electric crews would be able to reach equipment to restore power, officials said.

Officials said water pressure had been restored and asked anyone with continuing problems to call the water department. They said they were trying to meet with all affected businesses and would return Thursday, after the holiday, to continue those efforts.

Water department commissioner Debra McCarty said a recent inspection of the main using technology that goes inside the pipe turned up no problems. She said she didn’t believe the extreme heat that has scorched the region in recent days was a factor in the break.