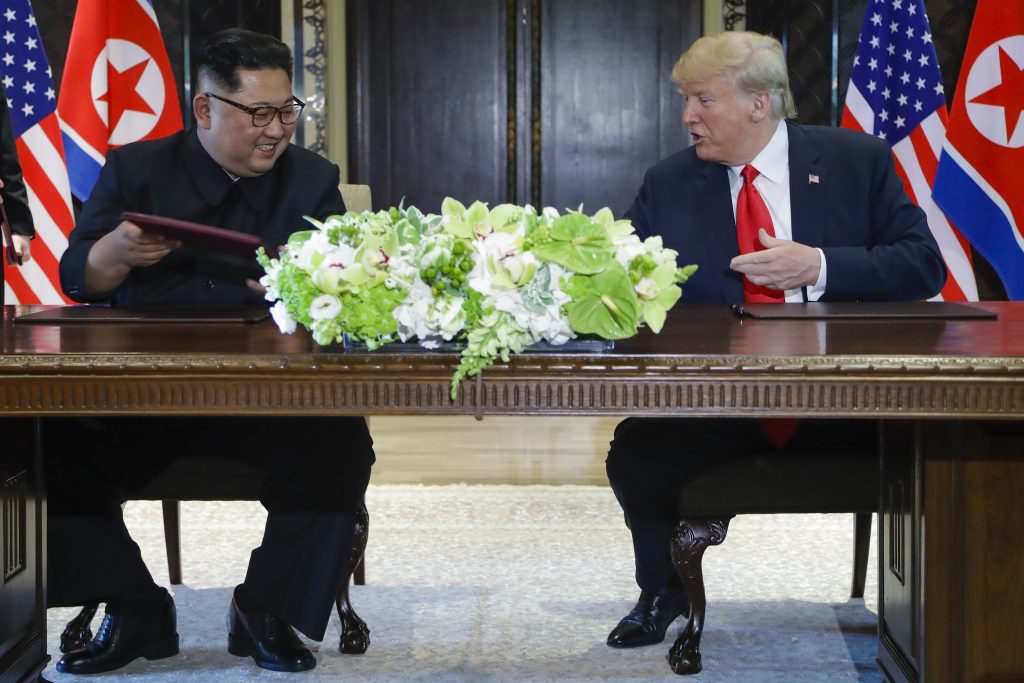 President Donald Trump on Tuesday said talks with Pyongyang were going well, just days before U.S. Secretary of State Mike Pompeo leaves for North Korea to push a plan for the country’s denuclearization.

“Many good conversations with North Korea – it is going well!” Trump wrote in a post on Twitter.

“In the meantime,” he added, “no Rocket Launches or Nuclear Testing in 8 months. All of Asia is thrilled. Only the Opposition Party, which includes the Fake News, is complaining.

“If not for me, we would now be at War with North Korea!”

“To continue the ongoing and important work of denuclearization on the Korean Peninsula, Secretary Pompeo will be leaving for North Korea on July 5th to meet with the North Korean leader and his team,” White House spokeswoman Sarah Sanders told a news briefing.

“We had good meetings yesterday and … the secretary of state will be there later this week to continue those discussions,” she said.

“Our goal remains the final, fully verified denuclearization [of North Korea], as agreed to by Chairman Kim in Singapore,” a State Department spokeswoman said.