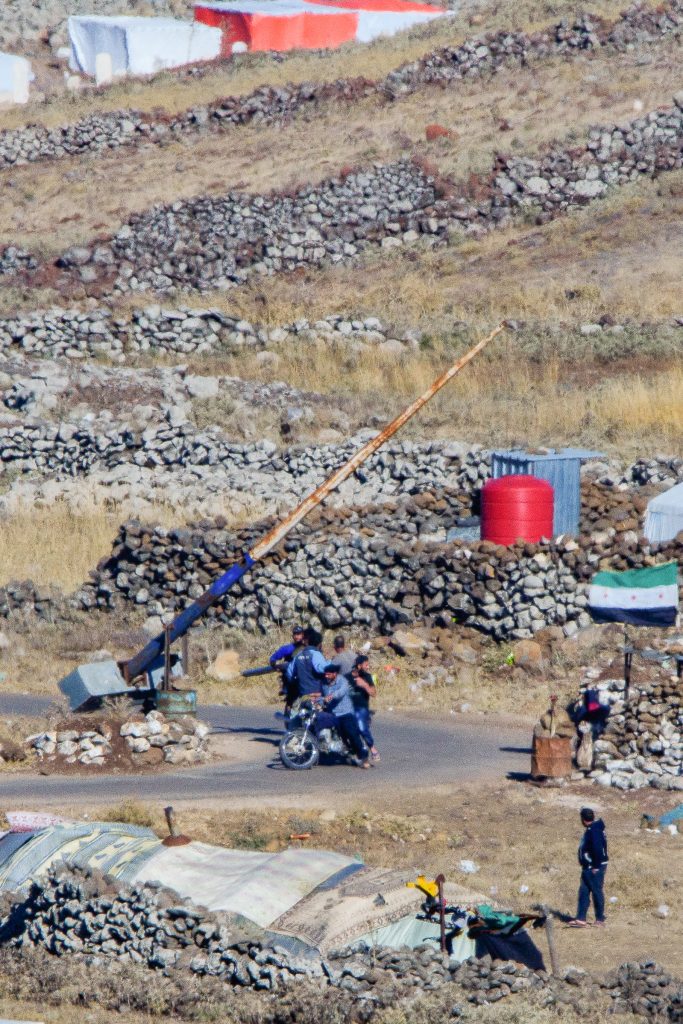 Arab media reports said Tuesday afternoon that a large arms warehouse belonging to the Syrian army had been attacked. The subsequent explosion of the warehouse, in the Deraa region, caused heavy damage to the warehouse and surrounding buildings. Several of the reports blamed Israel for the attack. The reports were based on accounts of witnesses posting on social media, Channel Ten said. Neither Israel nor Syria have commented on the reports.

In addition, a separate report, also based on social media posts, said that a logistics center belonging to the Syrian army, also in the Deraa region was attacked. The center was badly damaged. There were no reports on injuries, and no confirmation by any official source.

Deraa has been the scene of intense fighting between Syrian army forces and rebel groups, and as a result of the fighting, large numbers of refugees – as many as 200,000, according to the most recent estimates – have streamed toward the Israeli border on the Golan Heights.

The IDF on Sunday said it is increasing its military presence in the wake of the refugee crisis, with Israeli officials concerned that the refugees could start to spill over the border. Channel Ten analysts said that if the IDF did attack the warehouse, it would be in line with the army’s vow to ensure that Israel’s borders remained secure – giving rebel groups some breathing space by reducing the amount of arms and weapons that the Syrian army could deploy against them, at least for awhile.

While Israel has demonstrated its willingness to assist refugees on the Syrian side of the border, Israel will not accept any refugees, the IDF said in a statement. “The IDF considers the 1974 ceasefire between Syria and Israel as a very important document,” and that agreement would be kept. As far as the refugees are concerned, “the IDF has for years and continues now to provide assistance, and will do so as long as it is needed.” The army “will continue to stand on the principle of nonintervention in Syria, while responding to any injury to Israel’s sovereignty, or to dangers to its citizens.”