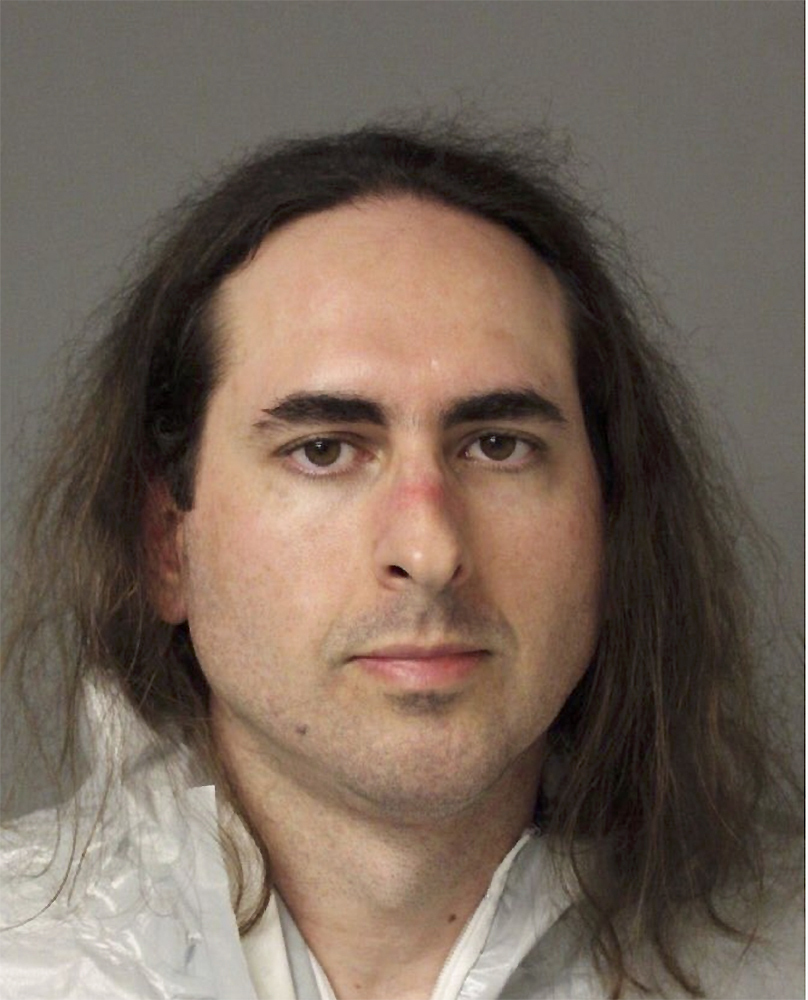 A man charged with slaying five people at a Maryland newspaper sent three letters on the day of the attack, police said, including one that said he was on his way to the Capital Gazette newsroom with the aim “of killing every person present.”

Sgt. Jacklyn Davis, a spokeswoman for Anne Arundel County police, said the letters were received Monday. They were mailed to an attorney for The Capital newspaper, a retired judge of the Maryland Court of Special Appeals and a Baltimore judge.

The letter Ramos sent to the Annapolis newspaper’s Baltimore-based lawyer was written to resemble a legal motion for reconsideration of his unsuccessful 2012 defamation lawsuit against the paper, a columnist and then-publisher Tom Marquardt.

Marquardt shared a copy of the letter with The Associated Press.

“If this is how the Maryland Judiciary operates, the law now means nothing,” Ramos wrote. He quoted a description of the purpose of a defamation suit, saying it was intended for a defamed person to “resort to the courts for relief instead of wreaking his own vengeance.”

“‘That is how your judiciary operates, you were too cowardly to confront those lies, and this is your receipt,” Ramos wrote.

He signed it under the chilling statement: “I told you so.” Below that, he wrote that he was going to the newspaper’s office “with the objective of killing every person present.”

In a letter attached to what appeared to be the faux court filing, he also directly addressed retired special appeals court Judge Charles Moylan, who decided against Ramos in his defamation case. Ramos sued the paper after pleading guilty to harassing a high school classmate.

“Welcome, Mr. Moylan, to your unexpected legacy: YOU should have died,” he wrote. He signed it: “Friends forever, Jarrod W. Ramos.”

Ramos, 38, has a well-documented history of harassing the paper’s journalists. The defamation suit was thrown out as groundless, and he often railed against current and former Capital staff in profanity-laced tweets. Police found him hiding under a desk after Thursday’s attack and jailed him on five counts of first-degree murder.

At a memorial service Monday night for one of those killed, editor Rob Hiassen, Marquardt said he once slept with a baseball bat by his bed because he was so worried about Ramos. He also said that they “stepped up security” at the newspaper years ago, and posted Ramos’s photo around the office. “But then he went dormant for about two years and we thought the problem has been solved. Apparently, it was just building up steam,” he said.

The mourning in Annapolis continued Tuesday, marked by a lowering of U.S. flags to honor the victims. President Donald Trump ordered flags flown at half-staff on federal property through sunset.

Annapolis Mayor Gavin Buckley said Monday that Trump, who has repeatedly called journalists the “enemy of the people,” had declined his request to lower the flags. The White House said Tuesday that Trump ordered the flags lowered as soon as he learned of the mayor’s request.

Hiaasen was remembered Monday evening in stories, poems, prayers and songs at the “celebration of life” ceremony Monday evening. He was fatally shot last week at the Capital Gazette along with colleagues Gerald Fischman, John McNamara, Rebecca Smith and Wendi Winters.

An overflow crowd sought solace with laughter and funny memories and occasional sobs. At the heartrending gathering, friends and colleagues lauded him as a dedicated professional who was committed to the craft of journalism and loved mentoring the next generation of reporters. He was remembered for his love of family and enduring pride in his job. He made friends easily and had a bunch of them.

Hannah Hiaasen, his youngest daughter, said the family called him “Big Rob” — a nickname that perfectly fit the assistant managing editor who stood 6-foot-5. But it wasn’t just his height that made the nickname ring true to those who knew him best.

“He had a really, really big heart,” she said, before reading a poem in her dad’s honor.

Hiaasen had just celebrated his 33rd wedding anniversary with his wife, Maria, whose birthday was on the day of the newsroom attack. His widow, displaying great strength along with the couple’s three children, said Rob was her best friend and a loving, generous partner.

“I’m going to try and hold him here,” she said, clasping her hands to her heart.