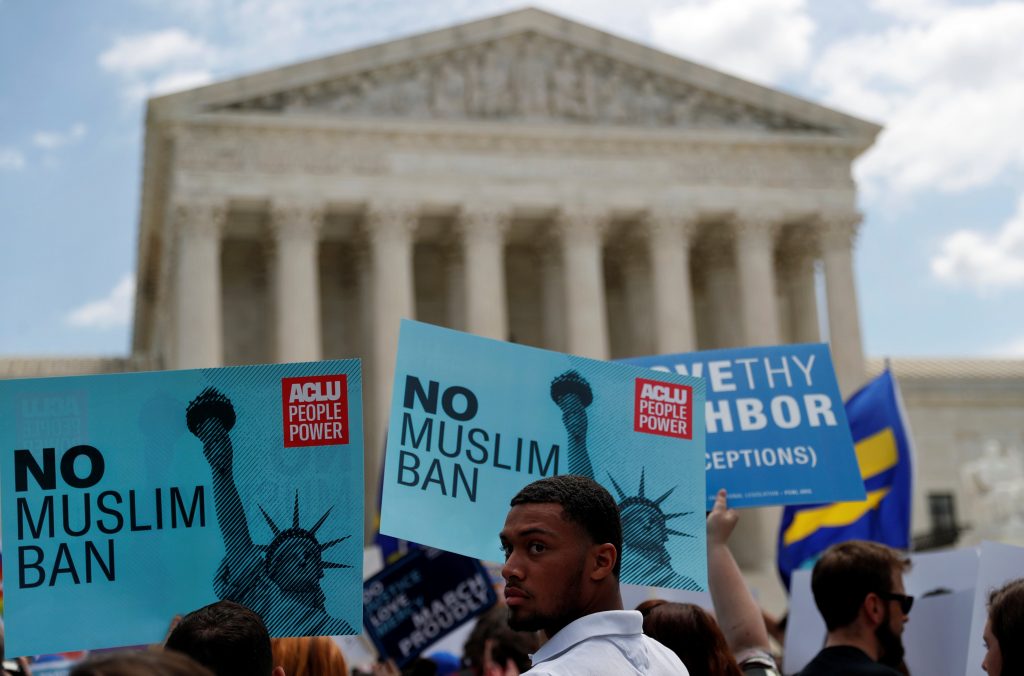 The third time proved the charm. President Trump’s travel ban received the hechsher of the highest court in the land.

As well it should have.

True, in the years since 9/11, no one in the United States has been killed in a terrorist attack by anyone from the seven countries subject to the president’s executive order (North Korea, Syria, Iran, Yemen, Libya, Somalia and Venezuela). And true, too, that Egypt, Saudi Arabia, and the United Arab Emirates, countries from which the 9/11 attackers hailed, are not on the list. Likewise true, the U.S. already has strong vetting procedures for all immigrants from a host of countries.

But there were three non-fatal attacks by people connected to Iran or Somalia. And the bottom line, as the Court held, is that an American president has the right to decide what countries he feels cannot prevent the export of terrorists.

The key to the legal muster-passing of the travel ban’s third iteration was its devolvement from a “Muslim ban,” which would have branded an entire religion and all its adherents dangerous, to a ban on citizens of specific countries. Adding to the non-Muslim nature of the ban is the fact that the presidential order affects a mere estimated 8.2 percent of the world’s Muslims.

The closeness of the Supreme Court vote was largely due to the question of whether to give weight to the president’s campaign rhetoric about Muslims, which was at times rather harsh.

I’m not inclined to ascribe to President Trump true animus for Islam and Muslims. I suspect that some of his past intemperate words were innocent if inelegant attempts to vilify radical Islamists, those who murder and maim in the name of Islam, who richly deserve opprobrium.

In any event, a majority of the Court felt that the rhetoric, some of which persisted even after the presidential election, was not pertinent to the order before them, which made no mention at all of any religion.

That wasn’t the feeling of four justices. Justice Sonia Sotomayor, in a dissent, notably used President Trump’s inflammatory words about Muslims to underscore what she asserted were the “stark parallels” between the majority opinion and one of the high court’s most shameful moments: Korematsu v. United States, the decision that upheld the rounding up and internment of Japanese Americans during World War II.

That comparison, though, was, to put it politely, bewildering. The Korematsu decision concerned the uprooting of American citizens and their effective incarceration in detention camps. Halting the provision of visas to citizens of other countries isn’t just in a different category, it’s on a different planet.

My first reaction to the decision was satisfaction with the Court majority’s understanding of its role in a case like this: to judge only the order at issue.

My second one, though, was to engage in a bizarre thought experiment. What if the enemy-identifying rhetoric of a president — unimaginable as it would be for the current one — were aimed at Judaism and Jews? What if a (chalilah) President Farrakhan had declared in campaign speeches that “Judaism hates us!” and ordered a ban on Jews — but then, under legal constraints, narrowed it down to a ban on people from Israel, France and the U.K.? And the High Court, asked to rule on the ban, chose to focus exclusively on the new order’s mentioning of only countries, not a people or religion? How would we feel?

Crazy scenario? Surely. Still and all, such wild, discomfiting imaginings are part and parcel of objective critical thinking.

So, though, is recognizing the qualitative difference between that fever dream and the reality today — a difference that makes quite a difference: There are no Jews, much less a Jewish movement, bent on murder and mayhem. And Israel, France and the U.K. are not incubators of terrorism.

The vast majority of Muslims, both here in the U.S. and overseas, are not proponents of violence. But there can be no denying that much terrorism today emerges from the foul belief that Islam requires hatred and killing of “infidels”; no denying that the only religious credo routinely bellowed before attacks on innocents is an Islamic one.

And, unfortunately, the tiny percentage of the nearly 2 billion Muslims who subscribe to a violent theology cannot erase those facts. I feel sympathy, and think we all should, for innocent Muslims who have to live with that ugly monster on their backs, misrepresenting the faith they live daily and peacefully.

The monster, though, is real. And it birthed a travel ban.