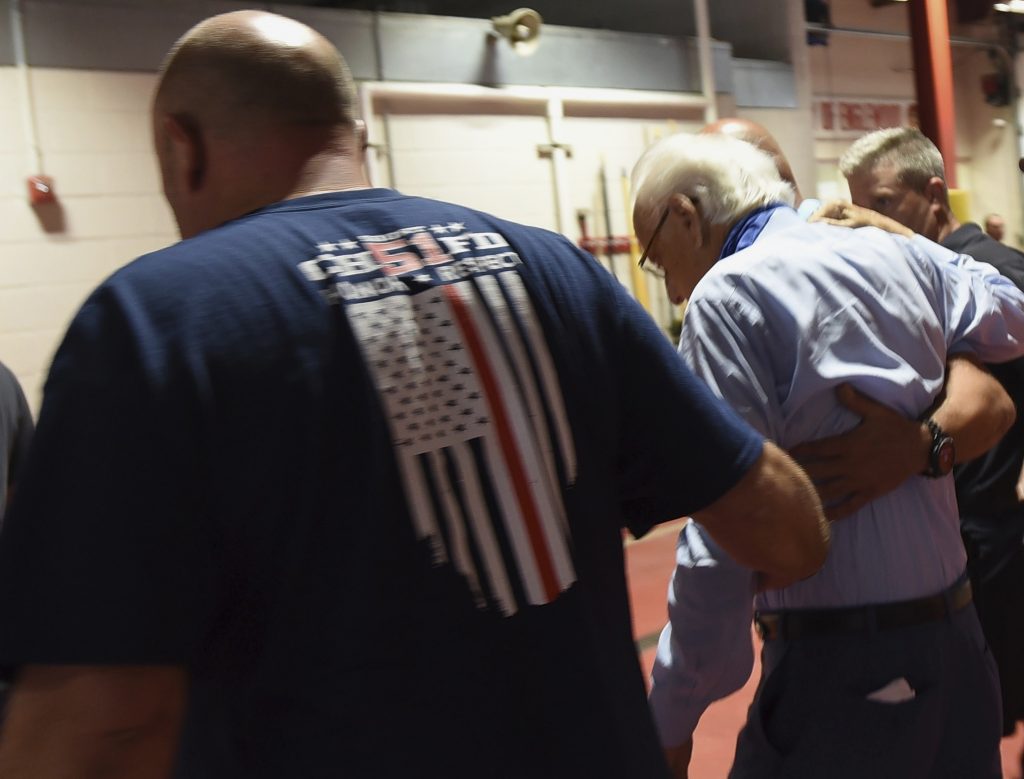 A longtime New Jersey congressman nearly collapsed during a news conference when he apparently was overcome by the sweltering heat.

The Record reports Democratic Rep. Bill Pascrell Jr. was escorted Tuesday from Englewood’s Fire Department headquarters with his arms around the necks of two firefighters.

Dominick Marino, of the Professional Firefighters Association of New Jersey, said Pascrell was brought to the department’s dorm to cool down because he “felt a little woozy.” He was given water and appeared to be fine.

The 81-year-old Pascrell and Democratic U.S. Sen. Bob Menendez were marking the passage of legislation that aims to study the relationship between career-long exposure to dangerous fumes and toxins and the incidence of cancer in firefighters.