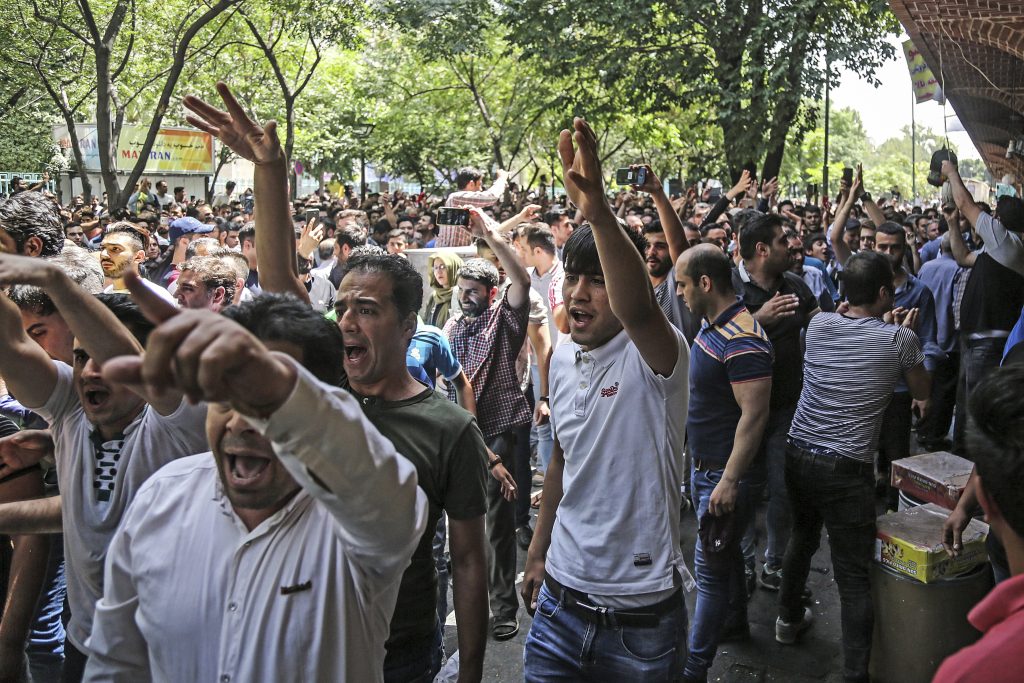 Iran has such a dearth of water that people are rioting over a lack of it, blaming the government for failing to supply them with water – but they are attacking the wrong target, according to Brig. Gen. Gholam Reza Jalili, the head of the country’s civil defense organization. The reason there is no water in Iran, he said Monday night, is because Israel is “stealing” Iran’s clouds, and that has caused the ongoing drought that is making its effects known through a lack of water.

“Joint teams from Israel and one of the neighboring countries make the clouds entering into Iran barren,” Jalali was quoted as saying in the Express. “Moreover, we are faced with the cases of cloud theft and snow theft.” As proof, he pointed to a recent survey of mountains over 7,200 feet high in the Middle East, stretching between Afghanistan and the Mediterranean. All the mountains had snow on their upper reaches – except the mountains in Iran.

The claims were met by ridicule among experts around the world, and even the Iranian meteorological service disdained his remarks. The report quoted Ahad Vazife, head of the service, as saying that it was possible that Jalali “has documents of which I am not aware, but on the basis of meteorological knowledge, it is not possible for a country to steal snow or clouds. Iran has suffered a prolonged drought, and this is a global trend that does not apply only to Iran. Raising such questions not only does not solve any of our problems, but will deter us from finding the right solutions,” he added.

Earlier in June, Prime Minsiter Binyamin Netanyahu proposed that Israel assist Iran in desalinating and reclaiming water in order to solve the crisis there. “They say that 96 percent of Iran’s population suffers from a lack of water,” Netanyahu said. “I want to save as many lives as possible. I would like to make the Iranian people an unprecedented offer. The Iranian people are the victims of a cruel regime that won’t even provide its people with proper water to drink. Israel knows how to prevent the water crisis in Iran. I would like to make our assistance and knowledge available to the Iranian people. We will show Iranian farmers how they can save their crops and feed their families. In Iran, the government shouts ‘death to Israel,’ but in Israel we shout ‘let the Iranian people live,’” the Prime Minister added.