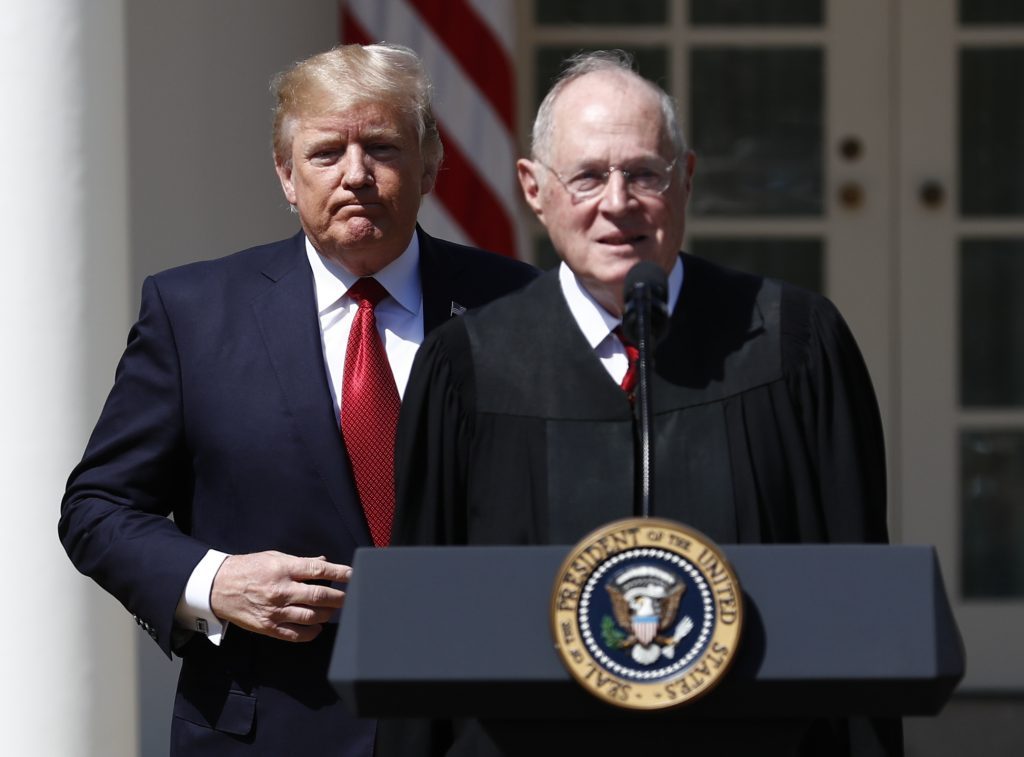 However long it had been spoken of, Justice Anthony Kennedy’s decision to retire at age 82 after 30 years on the Supreme Court set off a wave of high emotion. Those on the right reveled in the prospect of a new judicial conservative on the bench and those on the left have been earnestly wringing their hands over the very same prospect, as what most expect to be a particularly contentious showdown takes shape in the Senate over expected confirmation hearings for a replacement yet to be named by the president.

For the Orthodox community, Justice Kennedy’s legacy is one marked largely by his role as the key vote and author of a weighty catalog of opinions that adherence to those groups largely saw as opening the floodgates to legal recognition and normalization of immoral trends and practices in the United States. At the same time, he authored some of the most important decisions relied on by advocates of religious liberty in courts today, despite criticism that many of those same rulings failed to offer sufficiently robust protections. These tensions and more in Justice Kennedy’s record have left those with experience defending the interests of religious practitioners with what could be at best described as lukewarm views on his legacy.

“I can’t say I thought his influence was that positive,” noted attorney Nathan Lewin told Hamodia. “If I would have to give him a grade on where he stood on religious interests, I would give him a C.”

While the balancing act of the rights that Justice Kennedy seemed to be attempting to chart in the Masterpiece Cakeshop decision is fresh in recent memory, his record of limiting the rights of religious groups with one case and then shoring them up with another goes much further back.

Following Antonin Scalia’s opinion in Employment Division of Oregon v. Smith, a 1990 decision that ruled laws which adversely affect religious groups were constitutional so long as their application applied equally to all citizens, Congress passed the Religious Freedom Restoration Act (RFRA), a direct response to Smith.

Four years after the passage of RFRA, Justice Kennedy, who had joined the Smith decision, wrote an opinion in City of Boerne v. Flores, which stated that RFRA could be applied to federal law, but exempted states from its protections for religious individuals and groups. It was a ruling that Mr. Lewin said was “very damaging to the Orthodox community,” as well as to other religious groups who found themselves at odds with local governments.

Yet, several years before that, Justice Kennedy wrote the opinion of a unanimous court in Church of the Lukumi Babalu Aye, Inc. v. Hialeah, which struck down a local law on the grounds that it was made to target a specific religious group, in this case one that practiced animal sacrifice, and that the municipality had not chosen the least restrictive means of achieving its goals, nor had they proven a compelling governmental interest for their actions. In the time that has passed since the 1993 decision, few religious liberty cases have gone by without briefs that extensively referenced Lukumi.

“Lukumi was an attempt to give a slight amount of protection for religion which he essentially wiped away in City of Boerne,” said Mr. Lewin.

He added that the same pendulum seemed at play in the recent Masterpiece decision involving a baker who had been persecuted by the state of Colorado for his refusal to produce a cake for an event that conflicted with his religious beliefs.

“As on quite a few occasions, we were very pleased with the vote that he cast, but then, as now, Masterpiece fell short of the ringing endorsement of the baker’s right to conduct his business according to his faith that we had hoped for,” Rabbi Chaim Dovid Zwiebel, Executive Vice President of the Agudath Israel of America, told Hamodia.

As in many of Justice Kennedy’s opinions, particularly on social issues, Masterpiece was replete with strong language about the need for respect and tolerance of religious beliefs; nevertheless, Mr. Lewin said, the ruling that ruled for the petitioner on very narrow grounds was characteristic of many of the Justice’s decisions.

“One the one hand, he appeared to support the baker, but rendered a decision that had nice language, but did not really protect religion,” he said. “He was always long on talk in favor of protections, but much shorter on real action that would make it a reality.”

In two cases that emerged from an Obamacare regulation that required employers to pay for certain medical items that ran afoul of the religious beliefs of some groups, Justice Kennedy joined the Hobby Lobby decision that exempted certain businesses from the requirement, but wrote a concurrence stressing the limited nature of the case. Last year, Kennedy was likely one of the votes that kept a short-handed court from ruling against a group of Christian organizations in Zubik, a case that centered on revamped guidelines on the same regulation.

Rabbi Zwiebel said that while Justice Kennedy often fell short of the expectations of Orthodox Jews and other religious groups, the very same quality might have been his mark as a high quality legal mind.

“We were sometimes frustrated by what appeared to be a lack of forcefulness in cases where we supported his ruling but had hoped for a more ringing endorsement. But that could be what made him a good justice, to hedge your statements by trying to focus on the facts of the case you have in front of you, and to limit your ruling to that,” he said.

Justice Kennedy’s initial nomination in 1987 by then-President Ronald Reagan came after the administration’s initial picks, Judge Robert Bork and Judge Douglas Ginsberg, had been rejected and withdrawn, respectively. Rabbi Zwiebel recalled hopes that the new Republican appointee would shift the court to the right, adding to the disenchantment with what ended up being Justice Kennedy’s positions on key moral issues.

“At least with respect to social issues of importance to the left and that are anathema to the political right, he did not meet most people’s assumptions, and in those areas we usually walked away disappointed,” he said. “At the same time, he found ways to temper a lot of those opinions with significant lip service about religious freedom; one could have imagined another justice writing the same opinion much worse.”