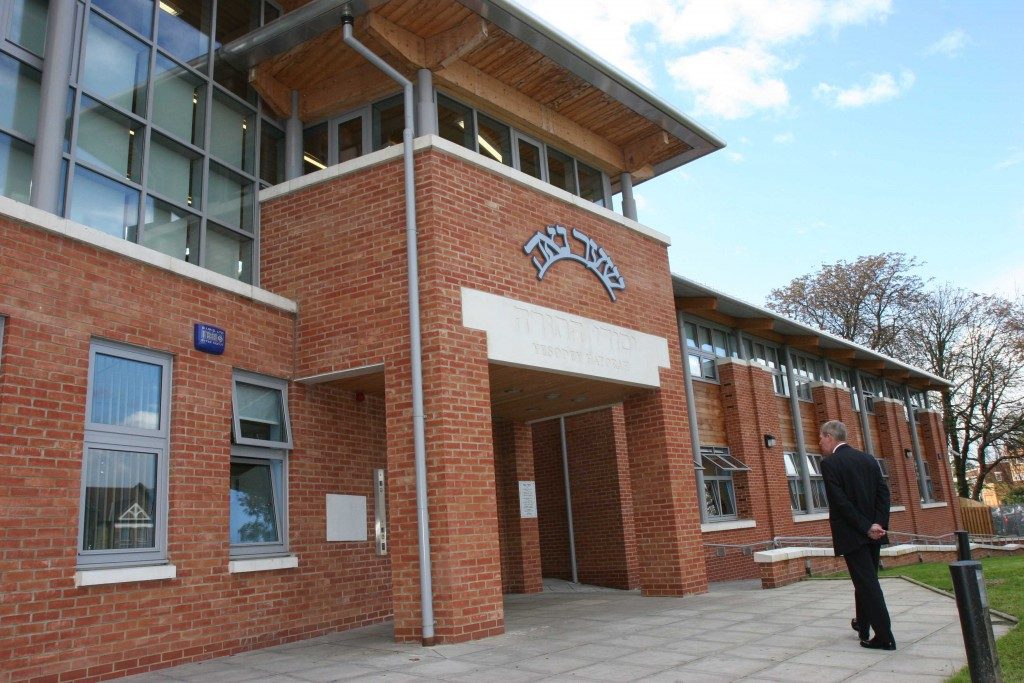 In many ways the news out of the United Kingdom is downright astonishing.

It seems incomprehensible that in a parliamentary democracy that is a foremost global champion of fairness and justice, the country that gave the world the Magna Carta, a well-established community seeking to raise its children according to its own religious beliefs should find itself under siege.

The ongoing crisis facing the mosdos hachinuch in England intensified considerably last week with the release of a scathing government report on Yesodey HaTorah School in the Stamford Hill neighborhood of London.

As has been previously reported in these pages, the cause of this crisis is a non-ministerial government department known as Ofsted — the Office for Standards in Education. Its supposed mission is to inspect and regulate services that care for children and young people, including services that provide education and skills for learners of all ages. In recent years, it has taken upon itself to pursue a progressive agenda that has proven a serious threat to the rights of the Jewish community.

The report acknowledged that “by the end of key stage 4 [the British equivalent of tenth grade] pupils’ achievement overall is above average in the subjects they study,” and that “progress was strong in English, mathematics, languages and humanities.”

Ofsted also praised the girls’ conduct, and stated that they are “relaxed and happy, enjoying each other’s company. Pupils enjoy coming to school,” and “show respect towards staff and visitors to the school,” the report said.

Yet to the officials at Ofsted, none of this appears to matter. Rather, the report slammed the school for maintaining standards of tznius and staying true to its religious principles. Peering at the school solely through the tinted lens of its own “progressive” agenda, the inspectors decided that the school’s curriculum, which is guided by Torah values, is “narrow and limiting,” and that it “does not prepare pupils adequately for life in modern Britain.”

“Tight controls limit pupils’ spiritual, moral, social and cultural development, their future aspirations and their understanding of the world,” the report states.

In other words, what Ofsted finds so disconcerting and alarming about this school is the fact that it seeks to educate its pupils in a Torah-true atmosphere of holiness and purity, and that it tries to shield its students from that which is objectionable to their religious beliefs.

The seriousness of this crisis is further compounded by the possibility of a proposed change to the current law, whereby an independent school (that is, most of the chareidi schools) deemed not to be fulfilling its mission of preparing pupils “for life in modern Britain” according to the government guidelines would be given time to improve; it was very rare for a school to be shuttered altogether.

However, according to the new proposal, after an unsatisfactory inspection, a school could be forced to shut within a matter of weeks, and its students dispersed among local state schools.

It is imperative that Jews worldwide recognize that the ramifications of this crisis affect virtually all of us.

First and most important, kol Yisrael areivim zeh bazeh, and therefore any crisis facing our British brethren is a danger to all of us.

Secondly, not only do these developments present a grave danger for all Jewish schools within the United Kingdom, chareidi or otherwise, but they must be seen as a grave threat to the purity of our chinuch across the globe. England is not a communist entity run by a vicious dictator nor a backwards third-world country; it is one of Europe’s leading democracies. Were Ofsted to succeed in implementing its nefarious agenda in London, it could conceivably pave the way for similar actions by “progressives” against mosdos in the United States and elsewhere.

At this time, there are ongoing discussions between various London askanim and organizations and the government departments responsible for schools and education, and much time and effort is being expended to try to resolve the situation. The elected leadership of the British government is faith-friendly, and askanim have expressed hope that with the government’s support, the unfortunate conflict between the Orthodox Jewish community and Ofsted will be brought to an end.

Clearly, the most important hishtadlus — one that is incumbent upon all of us — is tefillah. We must increase our plea for rachamei Shamayim and that the Shomer Yisrael should protect the remnants of His people from all harm.