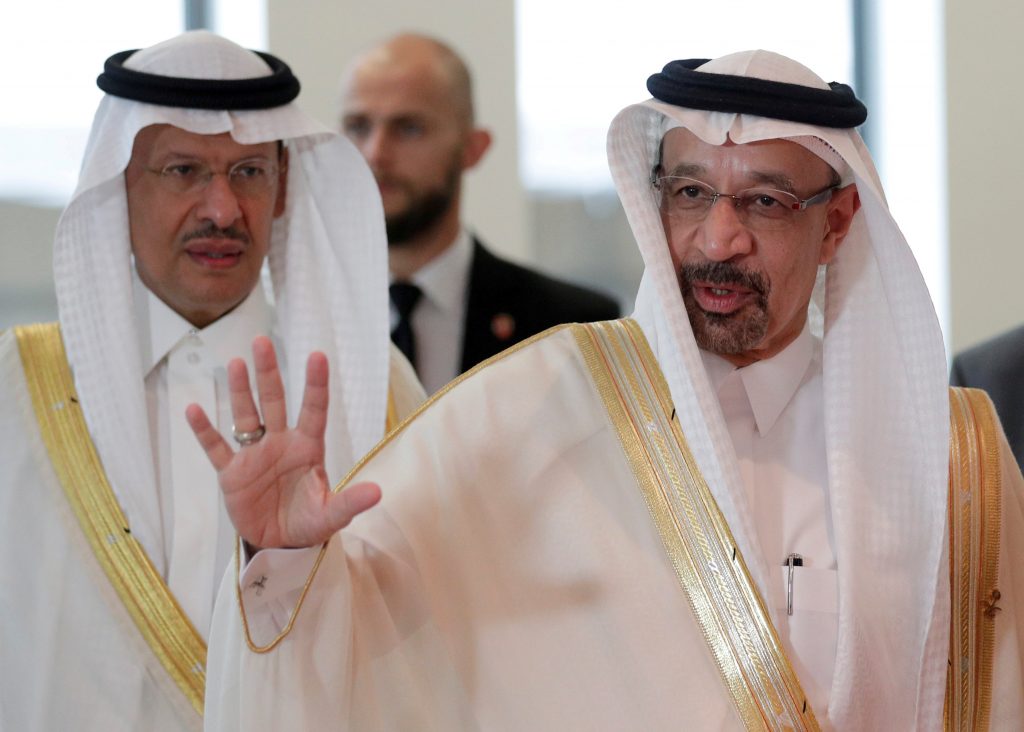 President Donald Trump lashed out at OPEC with a warning to stop manipulating oil markets and piled pressure on U.S. ally Saudi Arabia to raise supplies to compensate for lower exports from Iran.

The White House later walked back the president’s comments, saying the king had said his country could raise oil production if needed.

On Sunday, in an interview with Fox News, Trump reiterated his call on Saudi Arabia to raise production to a new record, arguing that it should help the United States lower fuel prices since Washington is helping Riyadh in its struggle against Tehran.

“Don’t forget the one negative to the Iran deal is that you lose a lot of oil, and they got to make up for it. And who is their big enemy? Iran. OK. You think of it. Iran is their big enemy, so they are going to have to do it,” Trump said.

“And I have a very good relationship with the [Saudi] king and with the crown prince of Saudi Arabia and with the others around and they are going to have to put out more oil.”

Earlier this year, to the chagrin of European partners, Trump said he would pull the United States out of the Iran nuclear agreement secured by world powers.

On Monday, Brent oil prices were around 1 percent lower but not far from $79 per barrel as analysts have warned of thin global spare capacity to offset potential supply disruptions.

Rising gasoline prices could create a political headache for Trump ahead of the November elections by offsetting Republican claims that his tax cuts and rollbacks of federal regulations have helped boost the economy.