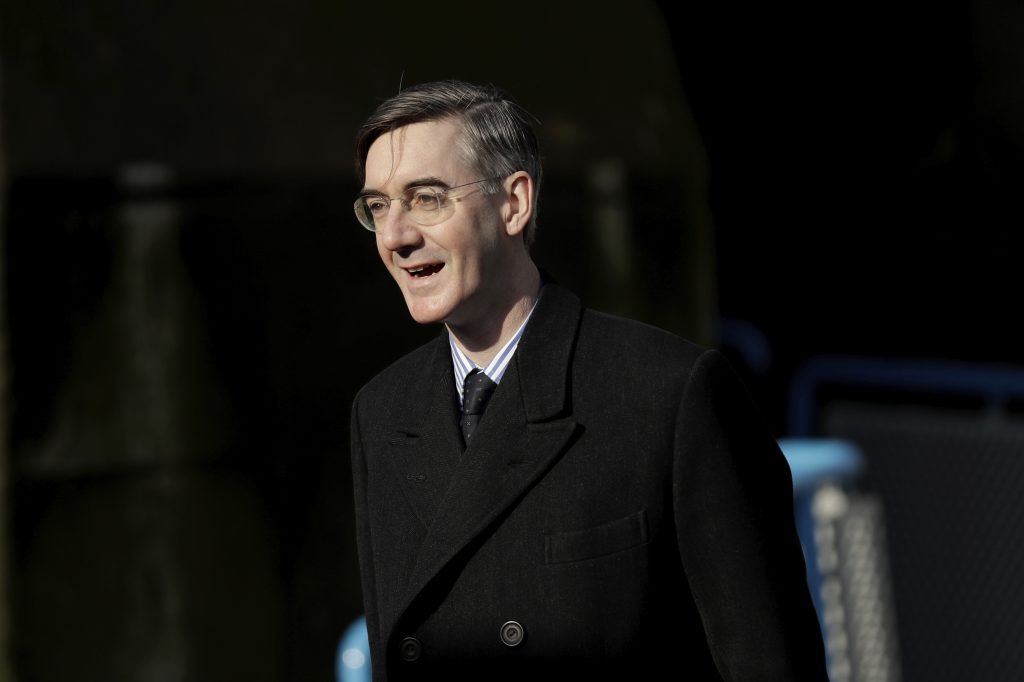 A senior Conservative Party lawmaker has warned British Prime Minister Theresa May to deliver on her Brexit promises or risk a revolt that could trigger the collapse of her government.

Jacob Rees-Mogg wrote Monday in the Daily Telegraph newspaper that May must stick to her pledge that Britain will leave the European Union’s single market and customs union when it exits the bloc, amid fears she is preparing to soften her position.

The comments come ahead of a crunch meeting Friday where PM May’s Cabinet will try to hammer out a unified position on the U.K.’s future relationship with the EU after months of very public disagreement.

PM May last month created two Cabinet subcommittees to discuss two options for future trade — a customs partnership in which Britain would apply EU tariffs to goods that are shipped through the country on their way to the continent, and the use of technology to avoid the need for border checks as goods pass between the EU and Britain.

The BBC reported Monday that the government has now determined both options are impossible to deliver and May’s office has developed a third model in hopes of forging an agreement within her Cabinet. No details were revealed.

PM May is caught between pro-EU lawmakers who want to retain close economic ties with the bloc and its market of 500 million people and pro-Brexit lawmakers who want a clean break to make it possible to strike new trade deals around the world.

The Times of London reported Monday that a senior civil servant in the department overseeing negotiations with the EU had briefed ministers on the dire situation, telling them they had no chance of a bespoke trade deal in which British companies would have privileged access to the European market.

Instead, the government must choose between the type of relationship Norway has with the EU, in which Britain would remain part of the single market and have to abide by EU rules, or a simple free-trade deal like those negotiated by other countries.

Rees-Mogg’s comments touched off outrage among Conservatives who favor a more measured break with the EU.

Foreign Office Minister Alan Duncan accused him of “insolence” that could hurt the country.

“The ideological right are a minority despite their noise, and should pipe down,” he said.