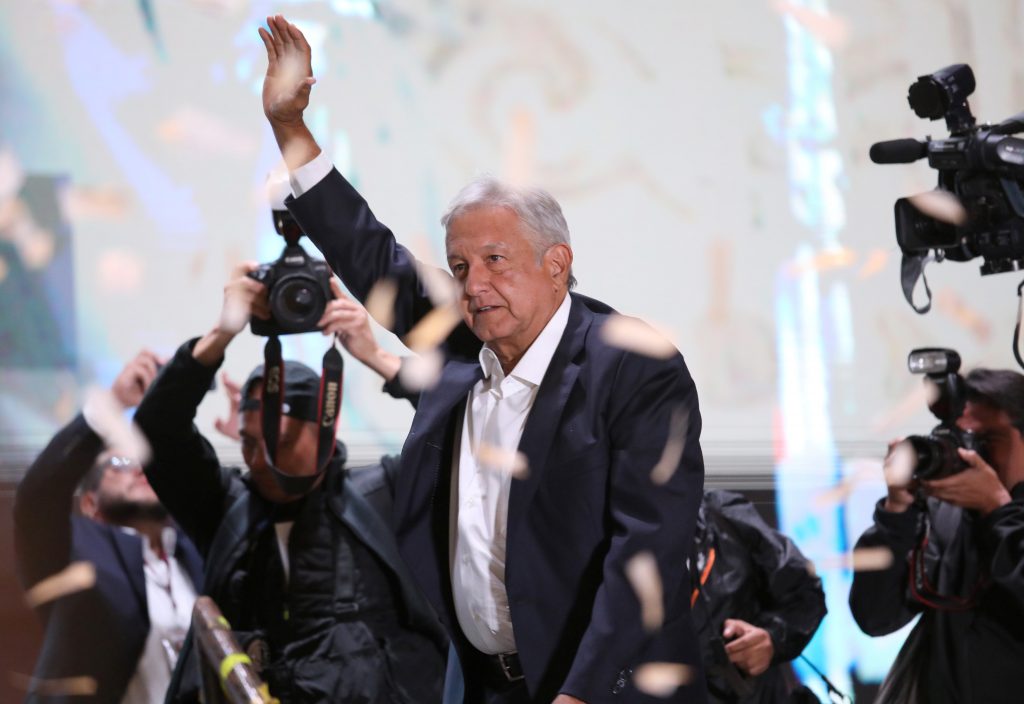 Angry and frustrated over corruption and violence, Mexican voters delivered a tidal-wave presidential election victory to leftist Andres Manuel Lopez Obrador, giving him a broad mandate to upend the political establishment and govern for the poor.

Lopez Obrador, who campaigned on vows to transform Mexico and oust the “mafia of power” ruling the country, rode widespread voter anger and discontent with the governing Institutional Revolution Party (PRI) of President Enrique Pena Nieto and had led opinion polls since the beginning of the campaign.

In brief remarks at a hotel in central Mexico City, Lopez Obrador called for reconciliation after a polarizing campaign and promised profound change but with respect for the law and constitutional order.

“I confess that I have a legitimate ambition: I want to go down in history as a good president of Mexico,” said Lopez Obrador, who won after losses in the previous two elections. “I desire with all my soul to raise the greatness of our country on high.

“This new national project will seek to establish an authentic democracy and we do not intend to establish a dictatorship,” Lopez Obrador said. “The changes will be profound, but in accordance with established order.”

U.S. President Donald Trump tweeted congratulations: “I look very much forward to working with him. There is much to be done that will benefit both the United States and Mexico!”

Lopez Obrador said individual and property rights would be guaranteed, promised respect for the autonomy of the Bank of Mexico and said his government will maintain financial and fiscal discipline.

He said contracts obtained under energy reforms passed under President Enrique Pena Nieto will be scrutinized for any corruption or illegality, but otherwise contracts will be honored.

“There will be no confiscation or expropriation of assets. … Eradicating corruption will be the principal mission,” he said.

Lopez Obrador also spoke of support for migrants and said the most forgotten and humble people of Mexico will be given preference in his government. He said he will seek a relationship of “friendship and respect” with the United States. And rather than the use of force to fight spiraling violence, he will look to fix root causes such as inequality and poverty.

“Peace and tranquility are the fruits of justice,” Lopez Obrador said.

“Now that he has won, he cannot fail this new generation that believes in him,” said Mariano Bartolini, a 29-year-old lawyer who voted for Lopez Obrador in the northwestern city of Rosarito, near Tijuana. “It is thanks to us young people who are supporting him that he was able to get more votes than he did in past elections.”