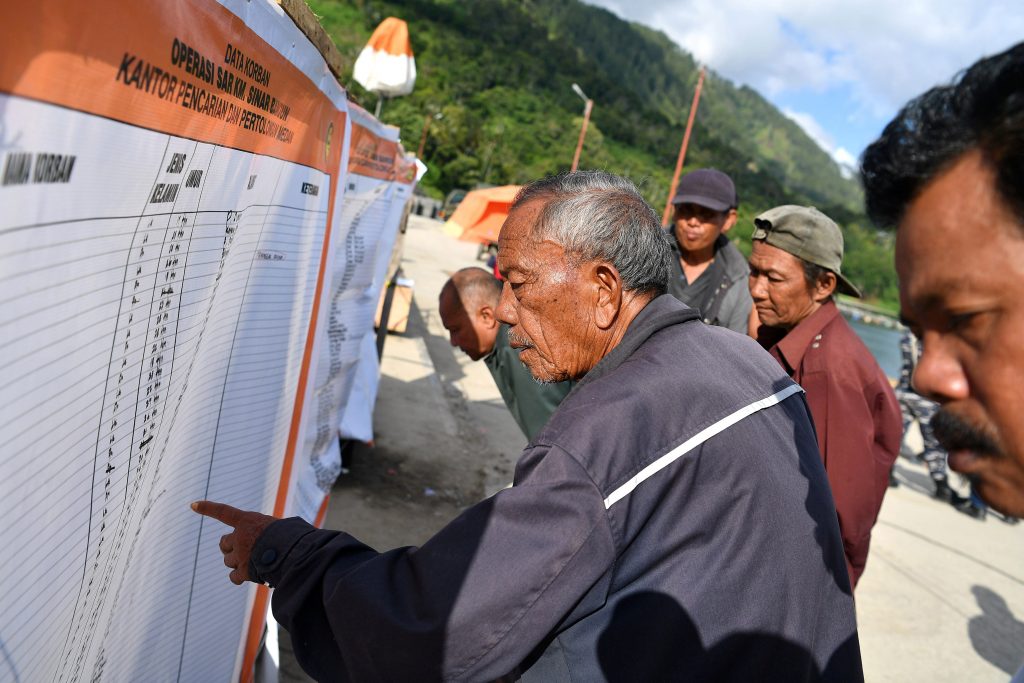 Indonesia said on Monday it was calling off a two-week operation to retrieve the bodies of nearly 200 passengers thought to have drowned in one of the world’s deepest volcanic lakes.

The overcrowded wooden ferry capsized during a storm on June 18 in Lake Toba, which is around 450 meters (1,500 feet) deep, as travelers were heading home after the Eid holiday marking the end of the Muslim fasting season.

The operation to find the ferry and retrieve the victims has faced numerous technical and logistical hurdles – dangerous currents and cold, murky water far deeper than any scuba diver can go – in a lake that has never been completely surveyed.

Rescue spokesman Muhammad Yusuf Latif confirmed that the search operation would end, adding that an official statement would likely be made on Tuesday.

“We’ve already had face-to-face discussions with the families of the victims [on] the difficulties faced in the field [and] reasons why we won’t continue; why we want to end it,” Latif said by telephone. “They understand why we’re stopping.”

According to Muhammad Ilyas, head of the Agency for the Assessment and Application of Technology, the wreckage was found on Saturday, but the remotely operated underwater vehicle used to find it had also become stuck in ropes connected to the ferry.

“We have proven 100 percent” that the ferry is there, Ilyas said, adding that the submersible was later retrieved but needed to be repaired as its cable had broken.

Rescuers earlier said they were considering borrowing a heavier vehicle from Singapore to retrieve the victims and the vessel, but that plan was canceled as it would take more than three weeks and was “high cost,” Latif said.

Craig Chesner, a geologist from Eastern Illinois University who conducted a survey of Toba in 2012, said the ferry had sunk “in the deepest part of the entire lake.”

According to media reports, a monument will be erected by the government in memory of victims.