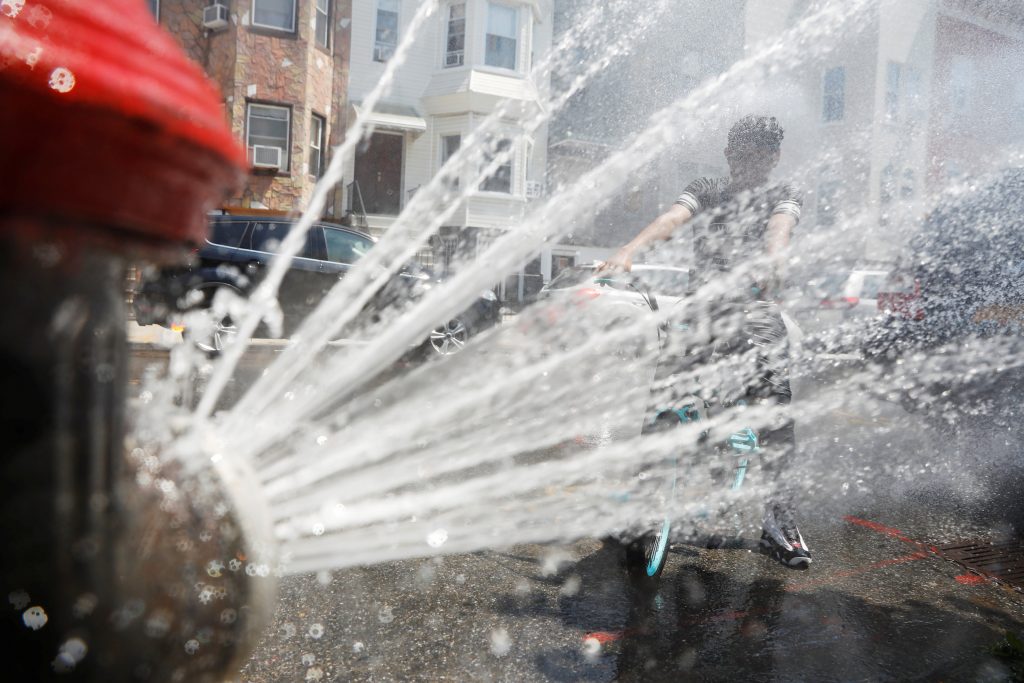 Sweltering temperatures flirting with 100 degrees Fahrenheit blistered parts of the U.S. Midwest and East Coast on Monday and sizzle at least through the Independence Day holiday on Wednesday, the National Weather Service said.

More than 113 million Americans are under heat warnings or advisories stretching from the Mississippi Valley, up to Philadelphia, Chicago and bending over to New York, Boston, Baltimore and Washington D.C., said Patrick Burke, a meteorologist with the NWS Weather Prediction Center in College Park, Maryland.

“Hot is the only word for it,” Burke said.

Cities from St. Louis to New York, Chicago and Boston were in the mid-90s, but the humidity pushed the heat index up, making it feel like 100-to-105 degrees Fahrenheit, he said.

“It’s going to be a hot week everywhere east of the Rockies,” Burke said. “At risk populations should definitely seek cool shelter.”

The hot weather is dangerous for young children, the elderly and people with health problems.

Don’t expect much relief overnight for the next few days as nighttime lows might not dip below 80 degrees Fahrenheit, the weather service said.

A bubble of high pressure air floating over northern Tennessee is to blame, he said, locking the hot air in a large swath of the eastern U.S., Burke said.

Cities across the region from the Mississippi river to the East Coast have set up cooling centers to keep people out of the dangerous heat.