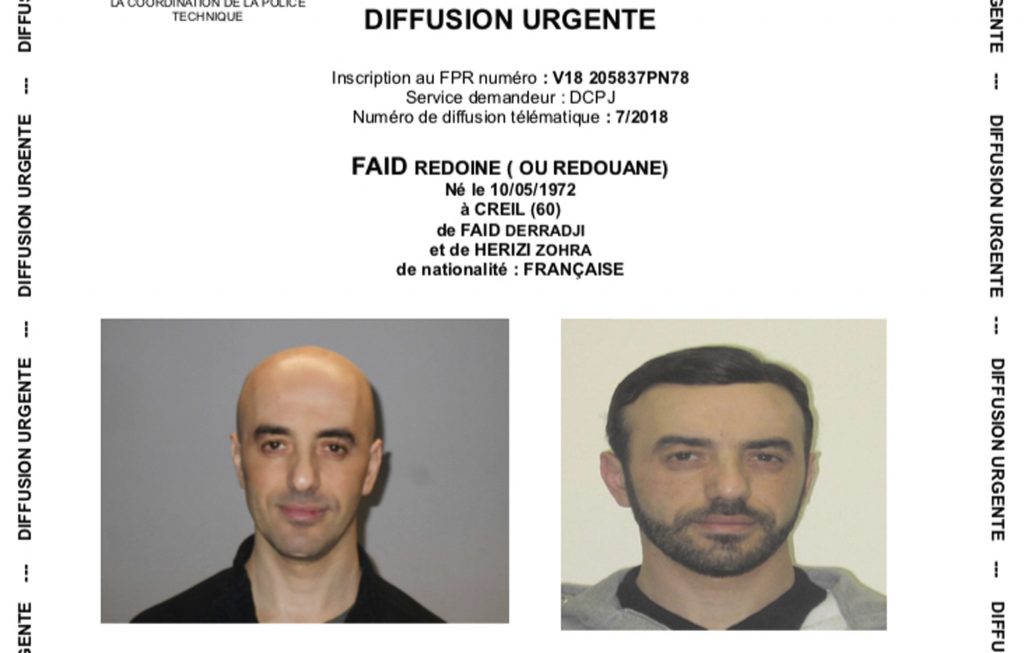 Drones seen buzzing above a French prison months ago may have been on a reconnaissance mission ahead of the helicopter escape of a notorious French criminal — his second breakout in five years.

France’s justice minister said Monday that several drones were spotted flying over Reau Prison south of Paris a few months ago. He speculated they were linked to the escape Sunday of career criminal and murder convict Redoine Faid.

Heavily armed men landed a helicopter in a prison courtyard, used a grinding machine to break open the door of the visiting room where Faid was seeing his brother, and escorted the prisoner to freedom.

“Police forces are fully mobilized in order to find this person,” Philippe told RTL. “We know he is dangerous. We know he is a determined person and I want to find him as soon as possible.”

Faid’s brother was in custody on Monday.

Faid, 46, is the author of a confessional book about his life of crime and a serial robber of banks and armored trucks.

He was serving 25 years for an attempted armed robbery in 2010 that led to a high-speed chase and a shootout with police that killed 26-year-old officer Aurelie Fouquet. Faid had already escaped prison once before, in 2013, by blasting his way out with explosives that were hidden in tissue packs.

“Redoine Faid is someone who has freedom in his DNA. He also has lawbreaking in his DNA,” Laurent-Franck Lienard, the lawyer for Fouquet’s family, told RTL radio on Monday. “If there was one inmate to keep a close eye on, it was him.”

French media reported that three men took the helicopter pilot hostage at a flying club in the Paris region.

The armed men set off smoke canisters to hide from prison video cameras and the helicopter touched down in the only part of the complex that was not covered by anti-helicopter netting, said a member of the prison guards’ union, Loic Delbroc.

A wanted notice for Faid said he drove off in a utility truck.