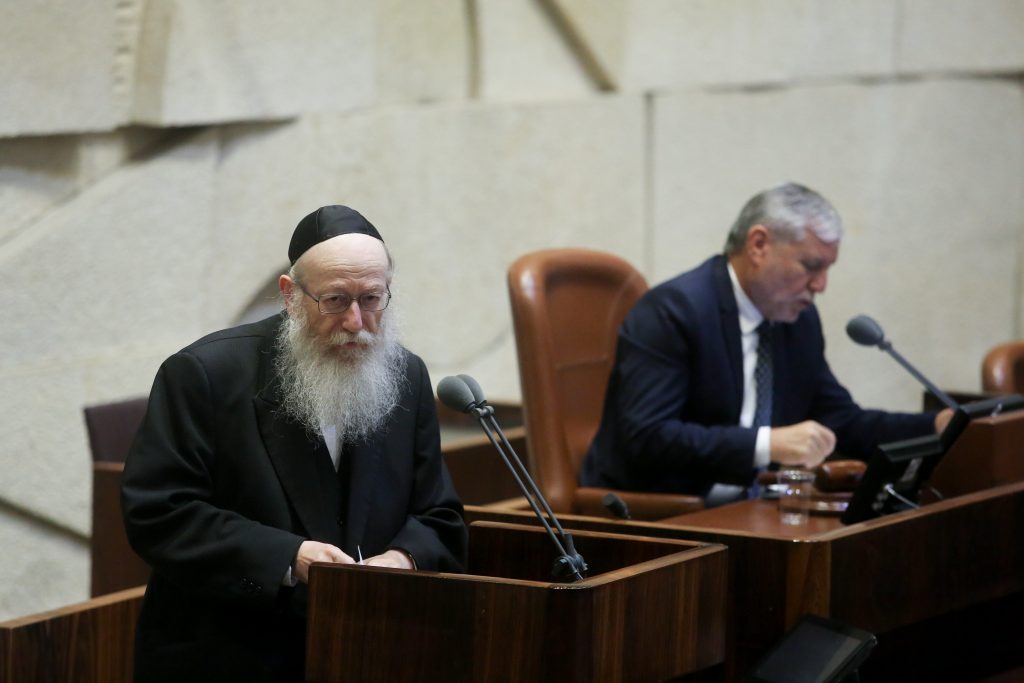 The chareidi MKs of United Torah Judaism and Shas were standing firm in their opposition to the Defense Ministry’s proposed chareidi draft law, on the agenda for final voting in the Knesset plenum overnight Monday.

Both parties were set to vote against it, unless significant last-minute changes were made in the bill.

And in the event of passage, it could bring down Israeli Prime Minister Binyamin Netanyahu’s governing coalition.

“If the enlistment law passes three readings, we will quit the coalition,” Deputy Health Minister Rabbi Yaakov Litzman reiterated to reporters on Monday.

“No one thinks or dreams that if Lapid supports this bill, that we will support it too,” Rabbi Litzman noted. However, Lapid’s support will likely offset the negative votes of the UTJ and Shas, thereby supplying the necessary majority and effecting passage.

Chareidi opposition centers on recommendations for setting quotas for the number of yeshivah students joining the army, and economic sanctions against yeshivos if these targets are not met. Furthermore, the proposed new law would include a clause stating that if a recruitment rate of at least 85 percent of the annual targets is not met for three consecutive years, the law exempting the yeshivah students will expire after 12 months.

“We cannot agree to any law that will limit the study of Torah in any way,” Rabbi Litzman told the Knesset plenum on Monday.

Earlier in the day, Defense Minister Avigdor Liberman, the major proponent of the bill, said he would not accept any changes to the current text.

The coalition, which has 66 of 120 Knesset seats, needs UTJ’s 6 seats in order to maintain its majority.