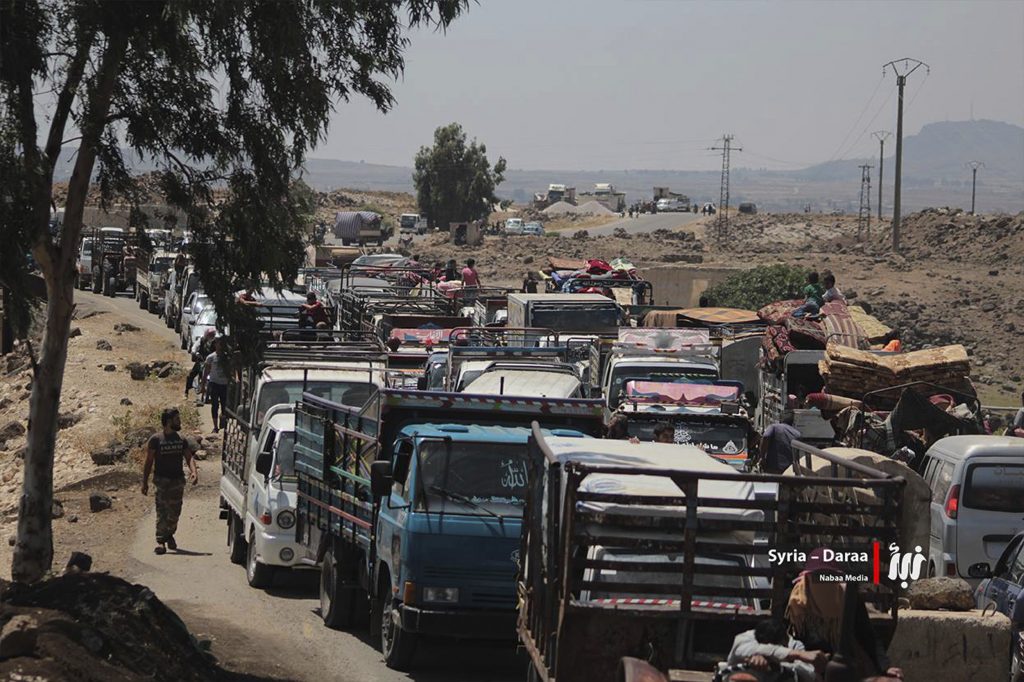 Talks between the Syrian opposition and Russian negotiators to reach a ceasefire in a rebel-held town in southwestern Syria have resumed after mediation by Jordan that has been seeking a ceasefire, an opposition spokesman said.

A string of Syrian rebel-held towns and villages were forced to accept government rule on Saturday as insurgent lines collapsed in parts of the southwest under an intense bombardment.

The negotiations in the town of Busra al Sham broke down on Saturday after Russian officers met the team representing the Free Syrian Army’s (FSA) rebels and demanded a complete surrender, rebels said.

“The talks have resumed this morning between the Russian side and the opposition in southern Syria under Jordanian auspices,” Jabawi said.

Jordan, concerned about the outbreak of violence along its northern border, has been facilitating talks between groups of Free Syrian Army rebels and the Russians over a deal that would end the fighting.

Jordan’s Foreign Minister Ayman Safadi said the kingdom was engaged in intensive diplomacy with all parties in the conflict to help broker a ceasefire that would ease the plight of displaced civilians.

A Syrian army offensive launched last month on rebel-held territory in southwest Syria has driven tens of thousands of people towards the border with Jordan and thousands more to the frontier with the Israeli Golan Heights.