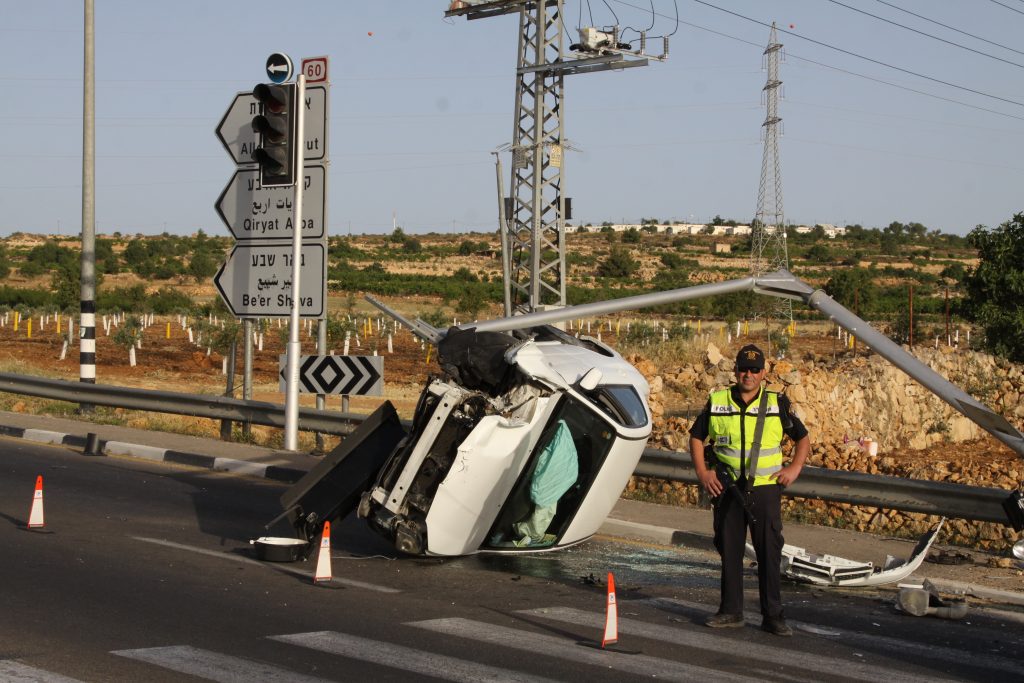 The phenomenon of road rage is practically everywhere on Israeli roads, a new study documents.

The study, commissioned by the nonprofit road safety organization Or Yarok (Hebrew for Green Light), found that some 94 percent of Israelis say that in the past year they have witnessed road rage in one form or another, ranging from verbal abuse and aggressive honking and tailgating, to smashing of windows, fistfights and assault with weapons.

Or Yarok noted that “in the past few months, we have been witness to many videos testifying to the anger on the road, including people smashing car windows, using weapons, driving aggressively — sometimes in the opposite direction — endangering other road users.”

The research categorized the incidents according to geographical region and level of violence.

In Tel Aviv and the central region, for example, 57 percent of respondents said they had seen altercations on the roads. About 90 percent in the Sharon said they had encountered verbal violence and other aggressive behavior. Almost all said they had seen reckless driving, such as cutting off and driving in dangerous proximity to other vehicles.

“The violence in Israeli society has reached the roads. Public Security Minister Gilad Erdan has doubled the number of traffic police, but there is no substitute for the physical presence of police on the streets, and there are still not enough,” said Erez Kita, CEO of Or Yarok.

“Aggressive and violent drivers increase the chance of being involved in an accident. For this reason, we must strengthen the traffic police with vehicles and additional cops.”

Although the Or Yarok statement suggested that the situation has worsened, the study did not offer comparative figures for road rage in past years.