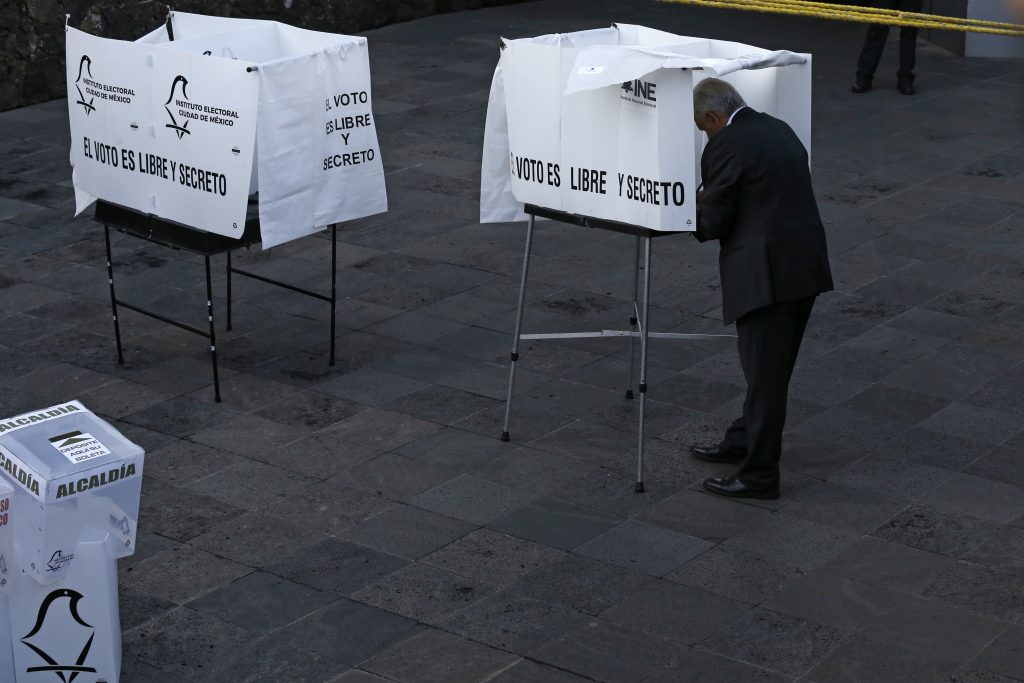 Mexicans were voting Sunday in a potentially transformative election that could put in power a firebrand vowing to end politics and business as usual in a country weary of spiraling violence and scandal-plagued politicians.

Front-running candidate Andres Manuel Lopez Obrador was one of the first lined up to vote at his polling place in Mexico City, and some of his supporters turned out early.

“There is a lot of inequality, a lot of violence in this country,” said Lopez Obrador voter Hugo Carlos, 73. “This situation has to be changed.”

While Lopez Obrador held a commanding lead in polls, he worried many.

“I am concerned that some candidates are making proposals that are impossible, because they’re very expensive to carry out,” said Juan Carlos Limas, 26, who lined up at another Mexico City precinct to vote for Ricardo Anaya, who is running second in polls for a right-left coalition.

Lopez Obrador has promised a “transformation” of Mexico and pledged to give scholarships or paid apprenticeships to youth, and increase support payments for the elderly.

But rivals warn that a Lopez Obrador could set the country back decades with an interventionist economic policy.

All the candidates are lambasting President Donald Trump’s policies against migrants and Mexico, but voters were wondering who could best deal with Trump.

Sunday’s elections for posts at every level of government are Mexico’s largest ever and have become a referendum on corruption, graft and other tricks used to divert taxpayer money to officials’ pockets and empty those of the country’s poor.