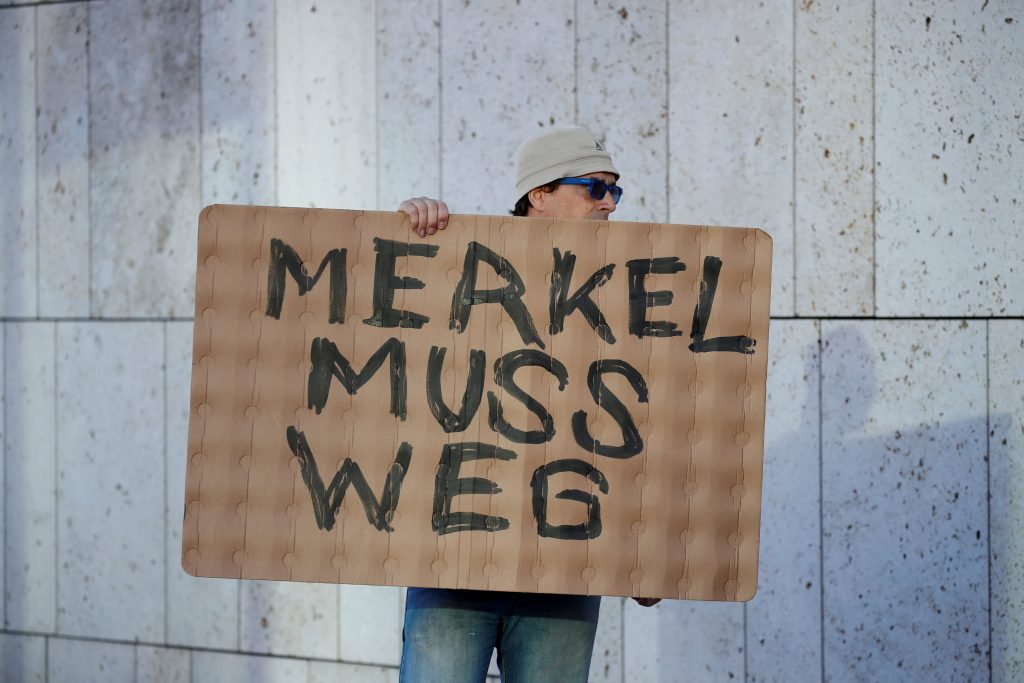 The leadership of Angela Merkel’s Bavarian allies argued long into Sunday evening over whether to accept immigration proposals the German chancellor brought back from Brussels, heightening uncertainty over the future of her government coalition.

Earlier, interior minister Horst Seehofer, head of Bavaria’s Christian Social Union (CSU), said he saw no alternative to turning some migrants back at the German border, a party source said, setting him on a collision course with Merkel.

Nine months after elections that saw her lose votes to the far right, a weakened Merkel was forced to turn to European Union neighbors to help resolve a conflict with her allies which could bring down her three-month-old coalition.

The CSU is divided over how best to face off a challenge from the anti-immigration Alternative for Germany (AfD) in October’s regional election, although Seehofer and Bavarian premier Markus Soeder are both keen to force Merkel to harden her stance on refugees.

Seehofer told party colleagues at an executive committee meeting that discussions with Merkel had been fruitless, according to a party source, and he was adamant that there was no alternative to exclusions at the border, opposed by Merkel.

But others in the party, pointing to opinion polls showing that Bavarians have more sympathy for Merkel than for either Bavarian politician, warn that closing the party’s right flank may make it vulnerable in the center.

There were fresh signs on Sunday that Merkel and Seehofer, entrenched in their positions, may fail to resolve their differences. Seehofer said the matter was also affecting the “credibility” of his role as party leader and is planning to give a statement to CSU leaders, party sources said.

Earlier this week, EU leaders hammered out a deal to share out refugees on a voluntary basis and create “controlled centers” inside the European Union to process asylum requests.

Merkel said in an interview with ZDF TV that the formal agreements and verbal commitments she had secured from her EU partners would have the migration-stemming effect the CSU wanted to achieve, but in a more European-minded fashion.

She reiterated her determination to act in way that was “not unilateral” and that was “not to the detriment of third parties,” highlighting her continued opposition to proposals by Seehofer to turn back refugees at the border.

“The sum of all we’ve agreed is equivalent to what the CSU wants – that’s my personal view, but the CSU must decide for themselves,” she said.

“It is also sustainable and in accordance with the European ideal. Europe is slow, and we aren’t yet where we want to be… In my view Europe will be held together, otherwise free movement could have been in danger,” she added.

A document circulated by Merkel to coalition allies on Friday night outlined repatriation accords with 16 countries and proposed reception centers in Germany where migrants would undergo an accelerated asylum procedure, steps that represent a significant hardening of her 2015 open-door asylum policy.

The Czech Republic, Poland and Hungary, whose Prime Minister Viktor Orban has long sought to position himself as Merkel’s nemesis in the immigration debate polarizing the continent, later said they had signed no bilateral agreements.

In the interview, Merkel said she regretted any misunderstandings, but that she had been given “political commitments,” and had not said any deals had been signed.

Volker Bouffier, premier of the state of Hessen, and Merkel’s close ally, said that the CSU should be pleased at what it had achieved so far as he arrived at a similarly long-drawn-out meeting of his and Merkel’s Christian Democrats (CDU) in Berlin.

“Europe has moved further than ever because of the CSU’s pressure,” he said.

While most analysts expect Merkel to survive the clash with the CSU, it is unlikely to be the last occasion on which the sister party seeks to distance itself from a chancellor it sees as too centrist for its own supporters.

But many in German political circles charge that the row better reflects Seehofer’s longstanding rivalry with Soeder, who unseated him as Bavarian premier, accusing them of holding Germany hostage to a Bavarian affair.

“Seehofer, who has almost totally lost power in the CSU, now appears to want to bring down the chancellor in a kind of indirect political suicide… ending his career under the motto: first me, then the party, and maybe then the country,” wrote the Hannoversche Allgemeine newspaper in an editorial.