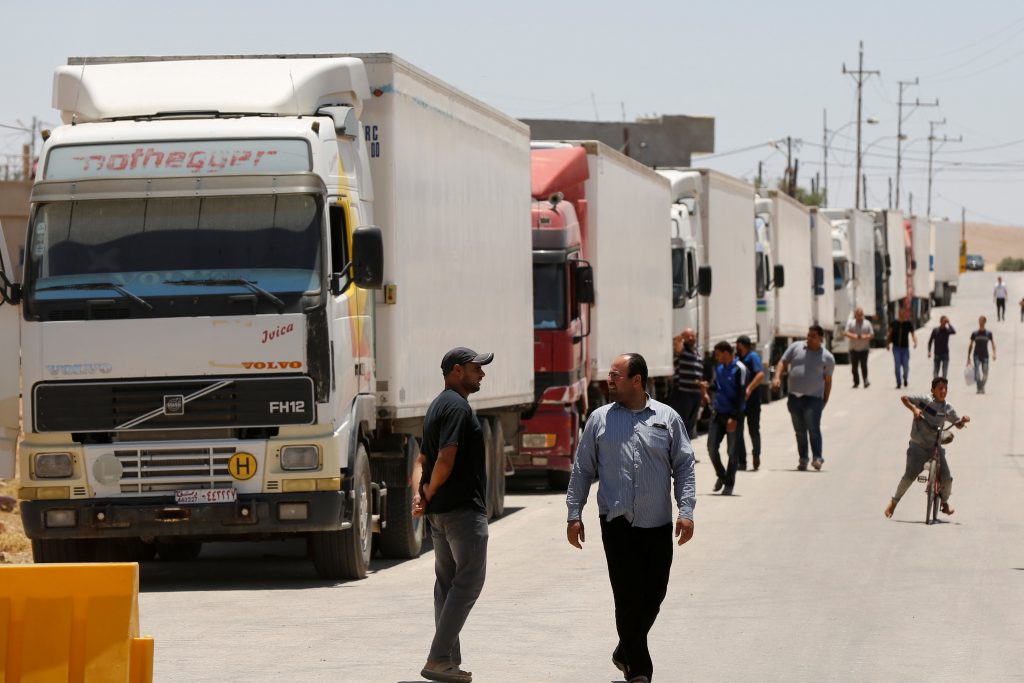 In a statement, the IDF said it was at the refugees’ disposal to provide humanitarian assistance – but that no refugees would be admitted to Israel. “The IDF considers the 1974 ceasefire between Syria and Israel as a very important document,” and that agreement would be kept. As far as the refugees are concerned, “the IDF has for years and continues now to provide assistance, and will do so as long as it is needed.” The army “will continue to stand on the principle of non-intervention in Syria, while responding to any injury to Israel’s sovereignty, or to dangers to its citizens.”

Speaking Sunday, Prime Minister Binyamin Netanyahu said that “we will continue to protect our border, and we will provide humanitarian assistance wherever possible. We will not allow anyone into our territory, and we will scrupulously observe the 1974 separation agreement with the Syrian army. I am in constant contact with the White House and the Kremlin about this matter, and the Defense Minister and IDF Chief of Staff are communicating with the relevant officials in both the U.S. and Russia.”

Defense Minister Avigdor Liberman said over the weekend that “we are watching the situation in Syria closely. We will ensure that the security of Israel remains intact. We remain prepared to provide humanitarian assistance to citizens, especially women and children, but we will not accept one refugee in our territory.”

Despite those comments, Israel over the weekend indeed did take in a group of six refugees, four of them small children. According to Syrian reports, the parents of the children were killed in fighting between rebels and Syrian troops. The children were taken to Israel for medical treatment. Since 2013, Israel has taken in over 4,800 people who were injured in the Syrian civil war, half of them children. Israel in August 2017 also opened a field hospital near the Golan border, where over 6,000 people have been treated.