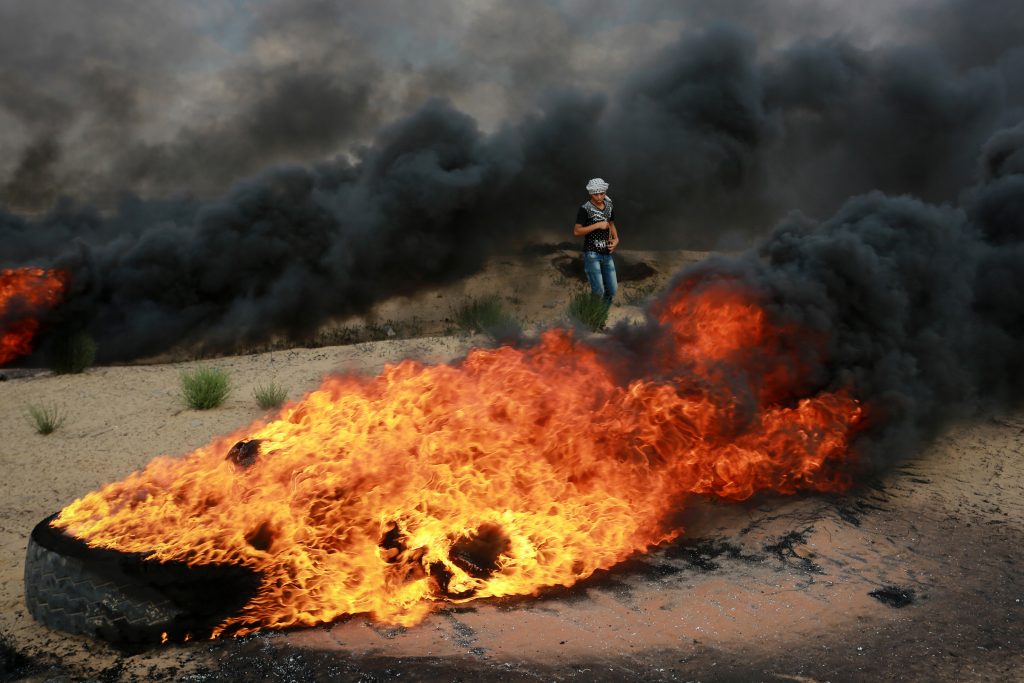 A group of Palestinians infiltrated across the Gaza border fence into southern Israel on Sunday and set fire to an abandoned IDF sniper outpost before fleeing back into Gaza.

The IDF said that its troops were aware of the breaching incident, but were not able to get to the scene in time before the Palestinians escaped.

Some army equipment was reportedly damaged by the fire, but b’chasdei Shamayim, no injuries were reported.

Meanwhile, the airborne arson continued, as 12 fires were started by kites and balloons with incendiary devices flown over the border on Sunday.

The areas affected included the Be’eri Forest, Kissufim Forest and Simchoni Forest, which is located near Kibbutz Kfar Aza.

A balloon with suspected explosives attached landed in a forest area east of the city of Kiryat Gat. A police sapper was called to the scene.

The police issued a statement on Sunday afternoon reminding the public “to show responsibility and to report any suspicious objects, including kites and balloons to emergency hotline 100 and to distance themselves from the area until the conclusion of an examination by the Israel Police sappers.”