Business World Stocks Up Slightly Friday, But Down for June
Business 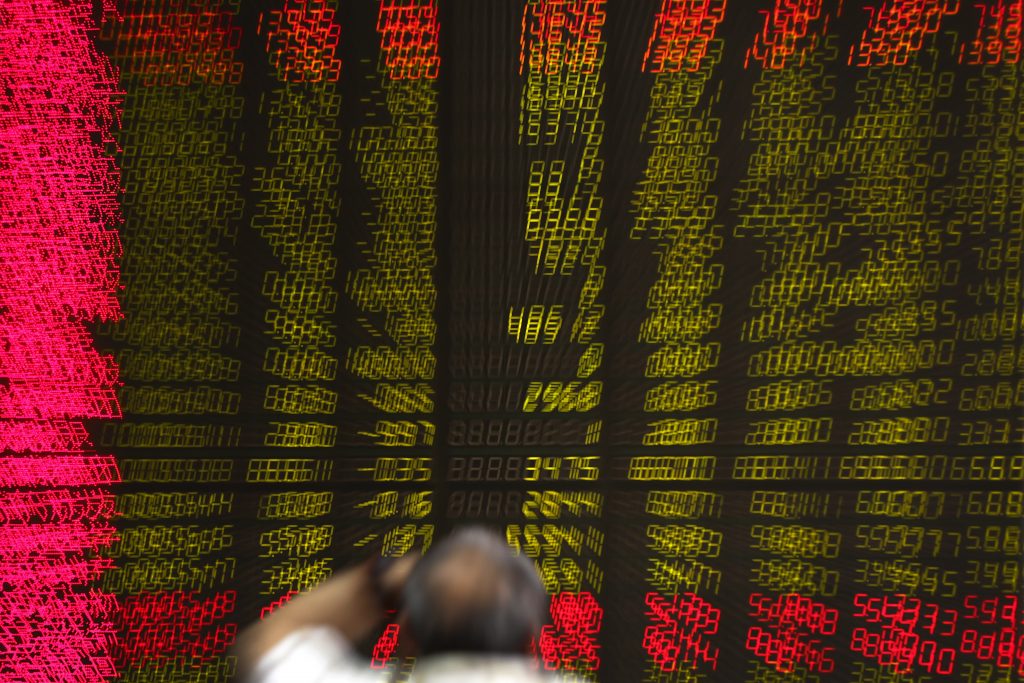 World stocks edged up slightly on Friday with Wall Street and European indexes rallying through the day, but overall major markets ended lower for the third straight week as U.S. trade policy took its toll on investor and business confidence.

In the U.S., Nike shares ended the day up 11.1 percent to $79.68, the biggest one-day gain in nearly four years for the sportswear maker, after a strong earnings report. Nike was the biggest boost to the Dow Jones Industrial Average and the benchmark S&P 500 index.

MSCI’s gauge of stocks in major world markets gained 0.66 percent on Friday but ended down 1.26 percent for the week and 0.7 percent for June.

Canada struck back at the Trump administration over U.S. steel and aluminium tariffs on Friday, vowing to impose punitive measures on C$16.6 billion ($12.63 billion) worth of American goods until Washington relents.

“The markets are very much subject to headlines on trade and tariffs,” said Peter Cecchini, chief market strategist at Cantor Fitzgerald in New York.

“They are important from the standpoint that trade globalization has been the cornerstone for growth and when you do something to sort of undermine that cornerstone, that’s a reasonable reason for concern.”

The U.S. administration is due to impose tariffs on Chinese goods worth $34 billion beginning July 6, likely prompting a tit-for-tat response from Beijing.

In Europe, a deal struck by EU leaders on immigration helped sentiment and triggered a jump in the euro.

The pan-European STOXX 600 was up 0.8 percent at its close, while Germany’s trade-sensitive DAX jumped 1.1 percent.

While Asian stocks also rose, the Chinese yuan suffered its worst month on record, losing 3.0 percent against the U.S. dollar in June as investors pulled money from a market likely to suffer from higher barriers to trade.

The U.S. dollar slipped to a three-day low against the euro after European Union leaders reached an agreement on migration that eased pressure on German Chancellor Angela Merkel, but the greenback remained on track to log its best quarterly performance in six quarters.

The yield curve between two-year and 10-year U.S. notes flattened to 30 basis points, the flattest since 2007, after U.S. consumer spending data disappointed some analysts’ expectations. Some investors see its flattening as a sign recession may be around the corner.

The next major U.S. economic release will be next week’s employment report for June, which will be scoured for any indications of rising wage pressures.

Oil prices extended gains to fresh highs on a tighter market as U.S. sanctions against Iran threatened to remove a substantial volume of crude oil from world markets amid rising demand.