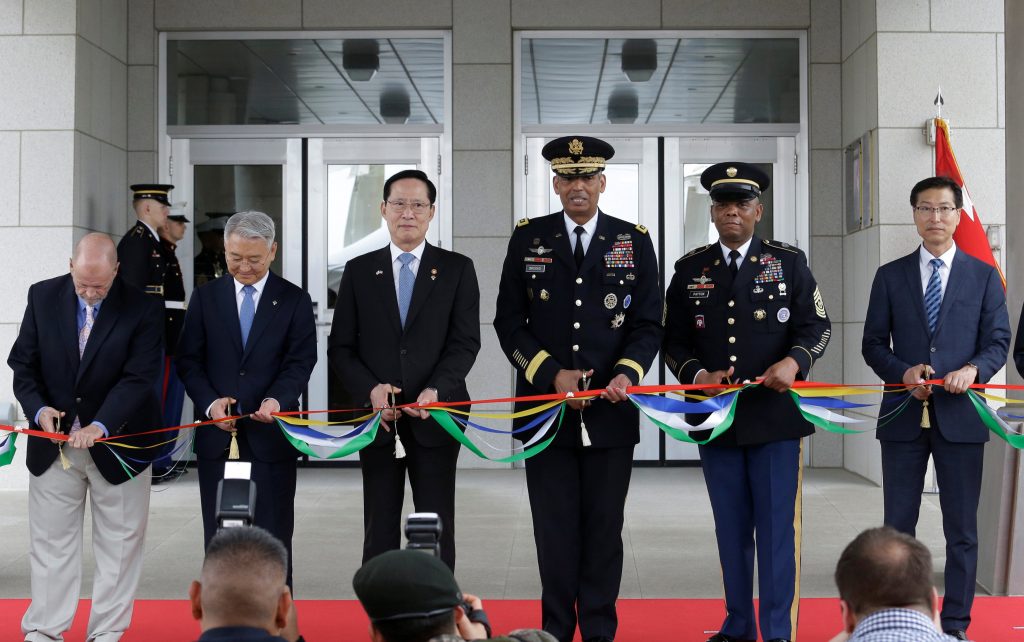 South Korea’s point man for inter-Korean affairs said Friday Seoul will try to facilitate civilian-level exchanges with North Korea in coming months to strengthen the conciliation process between the rivals.

Unification Minister Cho Myoung-gyon said strengthened relations between the Koreas will increase the chances of successful nuclear diplomacy between Washington and Pyongyang.

“(Our) government will closely communicate and cooperate with North Korea and the United States, all our neighboring countries, and the entire international community so that the agreements between North Korea and the United States could be quickly and completely carried out,” Cho said at a Seoul forum co-hosted by his ministry and South Korea’s Yonhap news agency. “While the denuclearization negotiations go on, we may try to facilitate the negotiations with efforts from the inter-Korean level if such an approach is needed.”

Cho said Seoul will put in efforts to facilitate inter-Korean exchanges at the civilian and local government levels so that “people from all areas and levels of society” could engage in the conciliation process. He said Seoul will also try to promote exchanges between South Korean news organizations and North Korea’s state media. Cho downplayed concerns that improved relations will be accompanied by the easing of sanctions and pressure on North Korea, saying that the progress in inter-Korean projects will depend on whether appropriate “conditions are created.”

South Korean President Moon Jae-in has said progress in inter-Korean relations will be crucial because the North won’t give up its nuclear program unless it feels its security is assured.

Moon met with North Korean leader Kim Jong Un in April and May and their summits have opened various channels of peace talks, including ongoing military talks for reducing border tensions, Red Cross talks that set up temporary reunions between war-separated relatives.

Kim met with President Donald Trump earlier this month in Singapore where they issued an aspirational goal for a denuclearized Korean Peninsula without describing when and how it would occur. U.S. Secretary of State Mike Pompeo is expected to travel to North Korea soon for follow-up talks.

Cho said upcoming between Pompeo and senior North Korean officials will provide an opportunity to shape detailed plans for the “complete denuclearization of the Korean Peninsula and security guarantee for North Korea,” which would help the wartime foes kick off a genuine peace process.