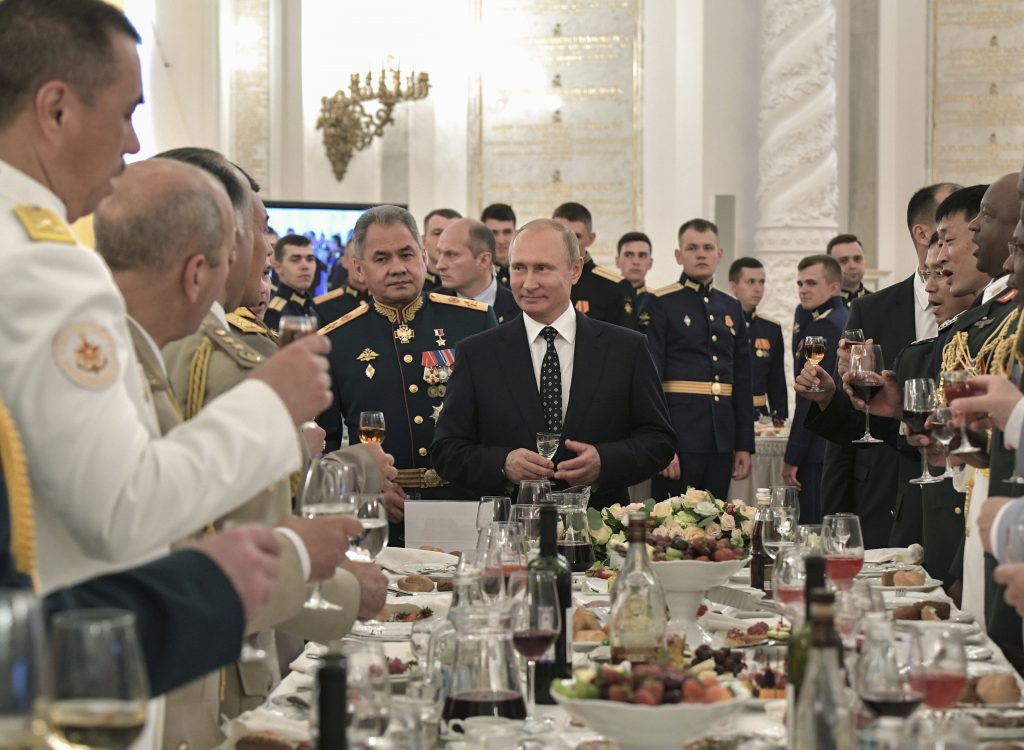 Russian President Vladimir Putin boasted about his country’s prospective nuclear weapons Thursday, saying they are years and even decades ahead of foreign designs.

Speaking before the graduates of Russian military academies, President Putin said the new weapons represent a quantum leap in the nation’s military capability.

“A number of our weapons systems are years, and, perhaps, decades ahead of foreign analogues,” Putin told young military officers who gathered in an ornate Kremlin hall. “Modern weapons contribute to a multifold increase in the Russian military potential.”

The tough statement comes as Putin is preparing for a summit with U.S. President Donald Trump set for July 16 in Helsinki, Finland. Russia-U.S. relations have plunged to post-Cold War lows over the Ukrainian crisis, the war in Syria, allegations of Russian meddling in the 2016 U.S. presidential election and differences over nuclear arms control issues.

“We have achieve a real breakthrough, thanks to the colossal efforts by science and design bureaus and industries, a real feat by workers, engineers and scientists,” Putin told the officers.

The Russian leader singled out the new Avangard hypersonic vehicle and the new Sarmat intercontinental ballistic missile, which are set to enter service in the next few years. Putin also mentioned the Kinzhal hypersonic missile that has already been put on duty with the units of Russia’s Southern Military District.

Those systems were among an array of new nuclear weapons the Russian leader presented in March amid tensions with the West.

President Putin said then that the Avangard has an intercontinental range and can fly in the atmosphere at a speed 20 times the speed of sound. The Russian leader added that the weapon can change both its course and its altitude en route to a target, making it “absolutely invulnerable to any air or missile defense means.”

He said Avangard has been designed using new composite materials to withstand temperatures of up to 2,000 Celsius (3,632 Fahrenheit) resulting from a flight through the atmosphere at hypersonic speeds.

The Sarmat is intended to replace the Soviet-designed Voyevoda, the world’s heaviest ICBM, which is known as “Satan” in the West and which carries 10 nuclear warheads.

President Putin said in March that Sarmat weighs 200 metric tons (220 tons) and has a higher range than Satan, allowing it to fly over the North or the South Poles and strike targets anywhere in the world. He noted that Sarmat also carries a bigger number of nuclear warheads, which are more powerful than the ones on Satan.