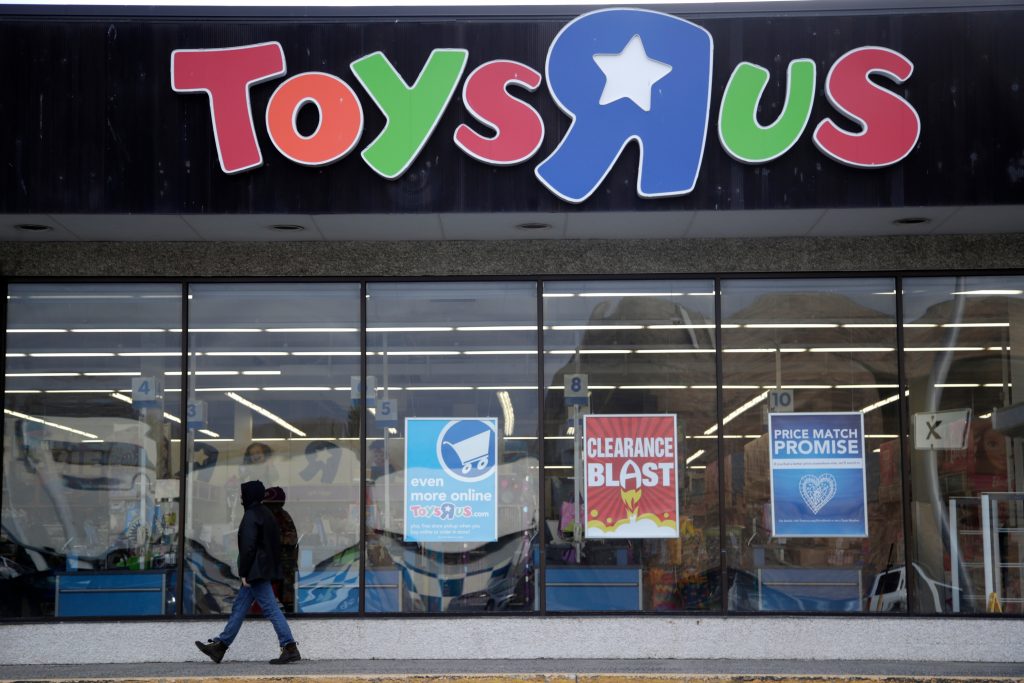 Toys R Us is closing its last U.S. stores by Friday, the end of a chain known to generations of children and parents for its sprawling stores, brightly colored logo and Geoffrey the giraffe mascot.

But many of the children who happily sang the “I don’t wanna grow up, I’m a Toys R Us kid” jingle grew into busy parents who found shopping online more convenient. The company, which also owned the Babies R Us chain, was hobbled by $5 billion in debt after a leveraged buyout that left it unable to invest and keep up.

As the last of the U.S. stores close, more than 30,000 workers will be looking for work. Toys R Us’ troubles have also shaken some big toy makers like Mattel and Hasbro.

Customers who were still devoted will be looking elsewhere to shop. Retailers like Walmart and Target are expanding their toy aisles to fill the hole, while Party City is opening 50 pop-up toy shops this fall.

Toys R Us filed for Chapter 11 reorganization last fall and pledged to stay open, but had poor sales during the critical year-end shopping season as customers and vendors shied away. In January, it announced plans to close about 180 stores, but then in March it said it would liquidate the rest of the 700-plus stores.

Will the Toys R Us name and mascot disappear forever? An auction for the company’s name, baby shower registry and various trademarks is set for late July. The 16-foot tall statue of Geoffrey the Giraffe that greeted visitors at Toys R Us headquarters in Wayne, New Jersey will be moved to a children’s hospital in the state.

“I’m never going to have a job like Toys R Us,” said longtime employee Patty Van Fossan, 54, who was protesting in New York, fighting for severance. “It was the best job I had. I was surrounded by children.”