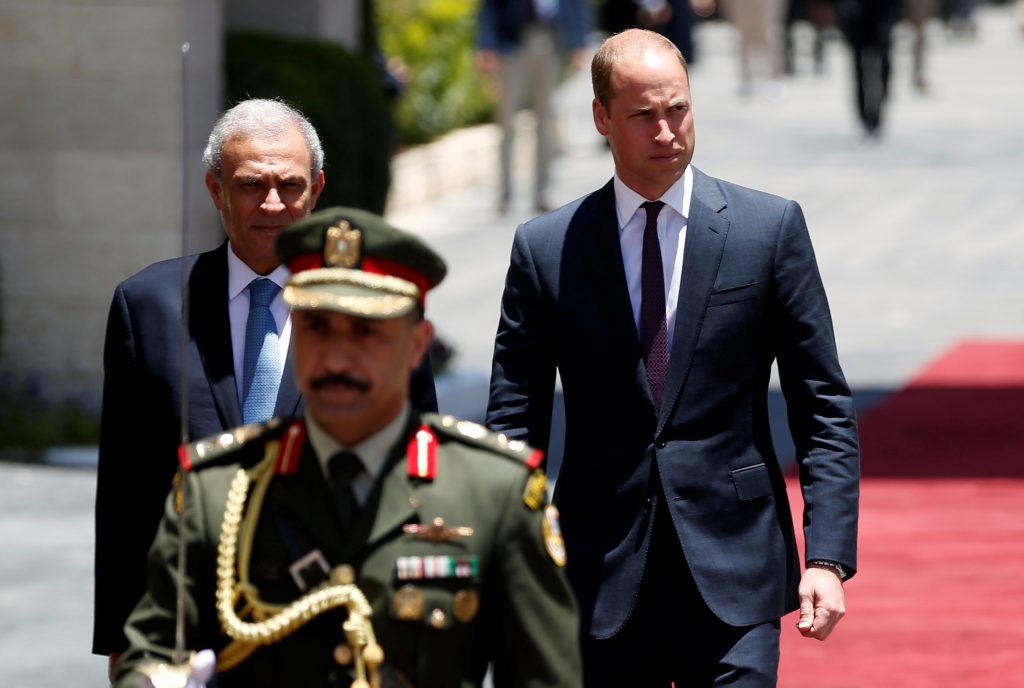 “My message tonight is that you have not been forgotten, it has been a very powerful experience to meet you and other Palestinians…and to hear your stories,” the prince said in a speech at a garden party at the British Consulate General in Yerushalayim upon his return from Ramallah.

“I hope that through my being here and understanding the challenges you face, the links of friendship and mutual respect between the Palestinian and British people can grow stronger,” he said.

Prince William toured a refugee camp and voiced hope for peace in a meeting with the Palestinian Authority president.

William, second in line to the throne, received a red-carpet welcome to the Muqata, the Palestinian government headquarters in the city of Ramallah, that included an honor guard and band.

“I’m very glad our two countries work so closely together and have had success stories with education and relief work in the past, so, long may that continue,” William told President Mahmoud Abbas, apparently unaware that the PA is not a country like Britain.

The international community normally does not refer to the Palestinian territories as a country or state. And while Palestine has observer status at the U.N., it is not a member state.

Evidently, seeking to avoid making it into a diplomatic incident, the Israeli Foreign Ministry declined to comment on his use of the term “country.”

In a statement, the British foreign office sidestepped the gaffe, saying only that “the U.K. government supports the creation of a sovereign, independent and viable Palestinian state — living in peace and security, side by side with Israel.”

“My sentiments are the same as yours in hoping that there is a lasting peace in the region,” the prince said.

William then visited Jalazone refugee camp and its health clinic and a school, administered by the United Nations Relief and Works Agency (UNRWA).

A sign banning weapons – a picture of a Kalashnikov assault rifle with red line through it – was on the door of the health center, which the prince toured before visiting the school and chatting with pupils.

Armed Palestinian security men stood on rooftops in the camp, reached via an unpaved road and bordering a large Jewish community. More than 9,000 people live in the crowded camp of cinderblock and concrete buildings.

“The Palestinian side is committed to the peace process with the Israelis, so both states could live peacefully together within the borders of 1967,” President Abbas said in his public remarks at his meeting with William.

Until now it had been British policy not to make an official royal visit to Israel and the Palestinians until the Israeli-Palestinian conflict was resolved.

“It’s not a time when he can come and celebrate success in the Middle East peace process or anything of that sort, but it is a time when we can show our interest in the region,” Philip Hall, Britain’s consul-general in Yerushalayim, told Reuters before William flew to the Middle East.