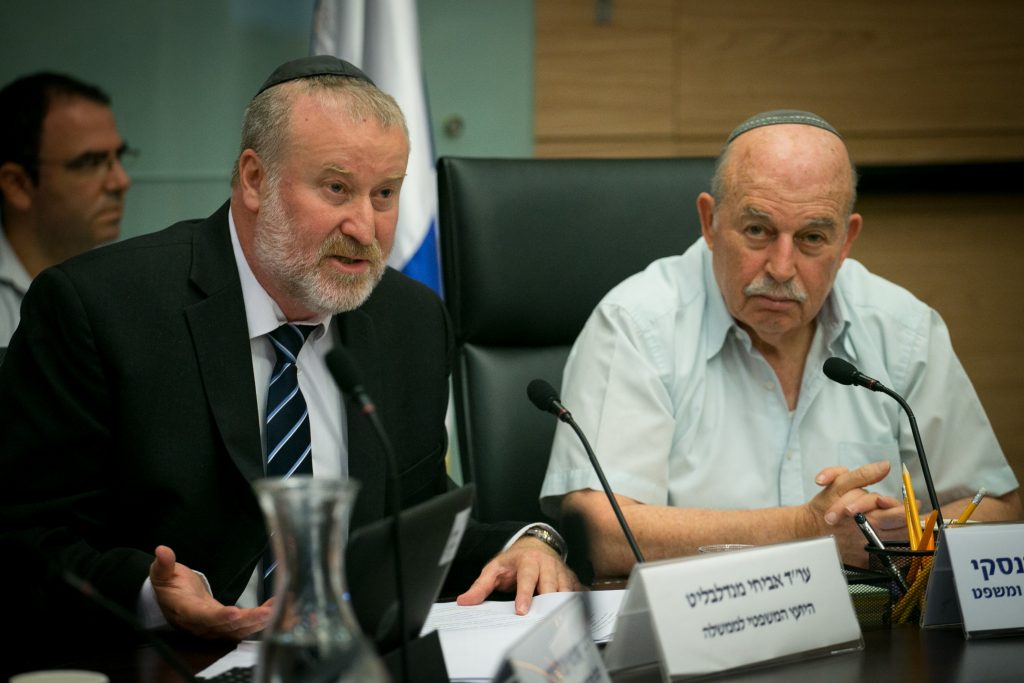 Attorney General Avichai Mandelblit has told the Knesset Constitution, Law and Justice Committee that accusations of a witch hunt against public officials conducted by the police and state prosecutors are false and harmful to the rule of law.

“I strongly reject the claims according to which the law enforcement system has teamed up to persecute a certain figure. When a reasonable suspicion exists, an investigation should be launched,” the attorney general was quoted by Ynet on Wednesday as saying.

Israeli Prime Minister Binyamin Netanyahu has repeatedly charged that there is no evidence against him and that the police investigations and media leaks about them are politically motivated, calculated to remove him from power by non-democratic means.

Mandelblit referred specifically to cases in which PM Netanyahu is implicated, noting what he considers to be solid evidence and pointing out that there is much more that the public does not know about.

“In Case 1000 we have testimonies about gifts being provided to the prime minister, and in Case 2000 we have recordings of private talks held between the Prime Minister and the and Yedioth Ahronoth publisher (Arnon) Mozes,” Mandelblit said.

“However, those who think that this evidence constitute the entire case are mistaken,” he added.

“Those who know something about the law understand that (the aforementioned) evidence is indeed very important, but it doesn’t conclude the investigation. On the contrary. That evidence serves to merely launch the investigations,” Mandleblit said.

The Attorney General also addressed the attempts to belittle the credibility of state’s witnesses in the cases.

He said they are an “important tool…[and] any attempt to delegitimize the system of using state’s witnesses is tantamount to an attempt to prevent discovering the truth.”

“It’s not a simple decision and it would have been preferable to exercise the full power of the law on suspects with existing evidence against them. Nevertheless, I reiterate, in order to get to the truth and on behalf of the public interest invested in these significant cases we are willing to pay the price.”

Commenting on the months-long process of reviewing the evidence and recommendations submitted by police investigators, Mandelblit explained why it takes so long:

“A witness leads to another witness. Reviewing computer files leads to hundreds, maybe even thousands of documents, recordings, transcripts and they lead to more witnesses and so on,” he said.

“Moreover, the police chief commissioner as well the state’s attorney have noted that the volume of materials collected both in Case 1000 and in Case 2000 is immense.

“(Reviewing the evidence) requires serious work, which does not depend on social media tweets. Revealing the truth is (our) highest value,” he said.

“Reaching results quickly is important but (a quality) investigation is significantly more important.”