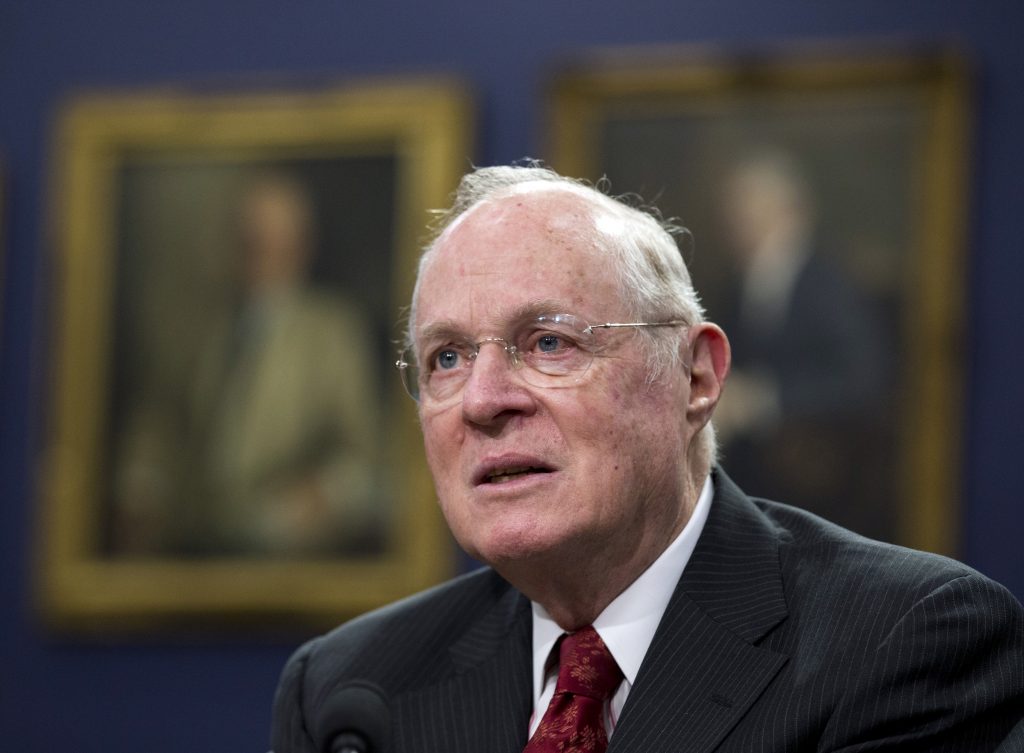 The 81-year-old Kennedy said in a statement he is stepping down after more than 30 years on the court. A Republican appointee, he has been a moderate conservative who has cast the deciding vote on such high-profile issues as affirmative action, gun rights, campaign-finance laws and voting rights.

Kennedy said he has informed his colleagues and President Trump of his plans, and that his retirement will take effect at the end of July.

Without him, the court will be split between four liberal justices who were appointed by Democratic presidents and four conservatives who were named by Republicans. Trump’s nominee is likely to give the conservatives a solid majority and will face a Senate process in which Republicans hold the slimmest majority, but Democrats can’t delay confirmation.

President Trump’s first high court nominee, Justice Neil Gorsuch, was confirmed in April 2017. If past practice is any indication, Trump will name a nominee within weeks, setting in motion a process that could allow confirmation of a new justice by early August. Trump already has a list of 25 candidates — 24 judges and Utah Sen. Mike Lee — from which the White House has previously said he would choose a nominee.

Prominent on that list are Judges Thomas Hardiman of Pennsylvania and William Pryor of Alabama, seriously considered for the seat eventually filled by Justice Neil Gorsuch, and Judge Brett Kavanaugh, who serves on the federal appeals court in Washington, DC.

Kavanaugh is a longtime Washington insider, having served as a law clerk to Kennedy and then as a key member of independent counsel Kenneth Starr’s team that produced the report that served as the basis for President Bill Clinton’s impeachment.

Interest groups across the political spectrum are expected to mobilize to support and fight the nomination because it may give the right a long-term majority.