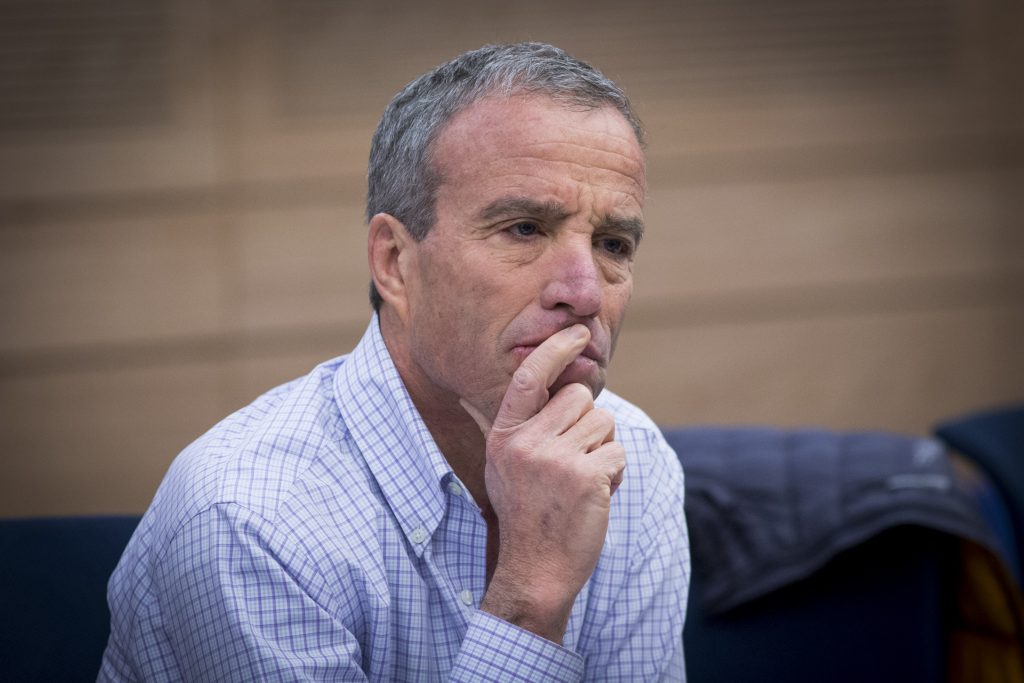 A law that would allow Israel to deduct funds that are supposed to be transferred to the Palestinian Authority commensurate with the amount of money the PA pays families of terrorists was approved for its second and third reading by the Knesset Foreign Affairs and Defense Committee Wednesday. The law, proposed by MKs Elazar Stern (Yesh Atid) and Avi Dichter (Likud), who is chairperson of the Committee, is opposed by the government, which filed several appeals against it.

The law, which the Knesset will likely vote on in the coming days, says that “money that Israel transfers to the PA based on previous agreements will be deducted from the amount the PA transfers to terrorists or their families,” according to its text. Another version of the law that was rejected by the Committee gave ministers more leeway in deciding whether or not to cut PA transfers.

The money that Israel will withhold largely derives from customs payments Israel collects on behalf of the PA for cargo and goods unloaded at Israeli ports, bound for PA-controlled areas of Yehudah and Shomron, or for Gaza.

“We have passed the point where the PA has provided a billion and a half shekels to terrorists, so by not stepping in to halt this, we are abetting PA terrorism,” said Stern. “We have helped them promote terror by making it clear that we will allow terrorists to get paid for their ‘work.’” He also slammed the government for opposing the law, saying that “it transcends coalitions and oppositions, but it apparently does not transcend governments. I have decided to file this law with MK Dichter, against the will of the government. Apparently when it comes to halting PA terror payments, the government has nothing to say.”

Last month, the Defense Ministry revealed that the murderers of the Salomon and Henkin families, Hy”d, and the murderer of Rabbi Reuven Ben-Gal, Hy”d, are set to receive over NIS 10 million in total payments, if they live to age 70. In addition, those terrorists, as well as many others, have been guaranteed high-paying PA jobs if they are released from Israeli prisons where they are serving multiple life sentences for their terror crimes, the Ministry said. If they die in prison, their families will receive their pensions in perpetuity.