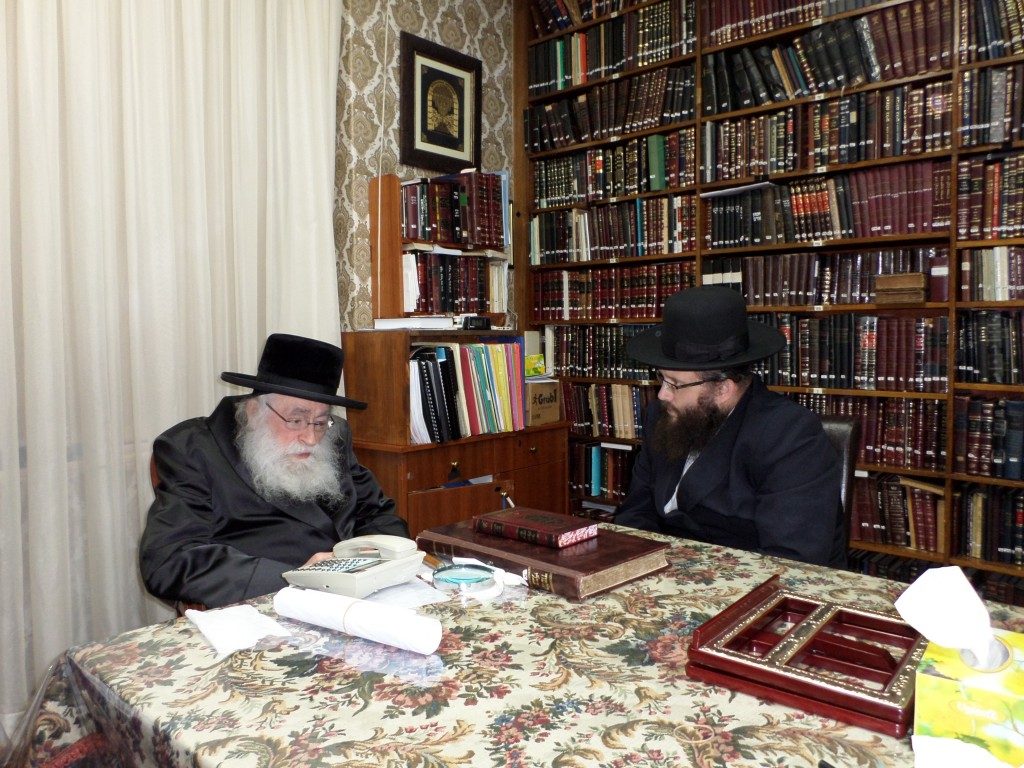 The grim-faced airport clerk looked again and again at what I had scribbled on the entry form in the space allotted for “Where will you be staying during your visit?” He finally managed to make out the words Adass Yisrael, and said most gravely, “That’s a community, not an address.”

I smiled awkwardly. The Australians are square, rigid, and quite certain that they have what to teach the world in terms of airport security. This is why El Al does not fly to Australia: The airline brings its own security personnel, armed with Israeli weapons — and Australia does not allow foreign weapons into their country. China allows such weapons, and so does the United States, and so does England — but what’s good for those countries is not good enough for Australia. And so, when an Israeli wants to fly to Australia, he has to stop for a rest in Hong Kong, as if the flight wasn’t long enough already…

The holy kehillah Adass Yisrael was founded after World War II, with the arrival in the Land Down Under of large numbers of Holocaust survivors — some of whom still live in Melbourne and Sydney today.

The Jews of Hungary who filled the streets of Melbourne several decades ago brought with them the traditions of the Chasam Sofer — and have zealously preserved them since then. The founding scroll hanging at the entrance to the Ashkenazi synagogue (the Groiseh Shul) lists the rules of the shul, as formulated by the Chasam Sofer more than 200 years ago. With the growth of the community, a beit medrash was also built for the Sephardi members (the Sephardishe Shul), and both stand side by side in friendship and harmony in the community building on Oak Street.

Down the street lived the longtime Rav of the community, the Mara d’Asra, Harav Avraham Tzvi Beck, who lost many family members during the Holocaust. Before arriving in Melbourne, Rav Beck served for 20 years as Chief Rabbi of Montevideo, capital of Uruguay.

I visited him in his home in Melbourne not long ago, and found him sitting in his dimly-lit room, filled wall-to-wall with sefarim covering all aspects of Torah. This was a room that had seen days and nights of toil in Torah, clarification of halachos, and tireless efforts in Chassidus. Rav Beck kindly agreed to my request and gave me a chunk of his time, in which he shared some of his Torah views and hashkafah.

“I promised myself during those terrible days [of the Holocaust] that I would dedicate my life to Torah,” he told me with his characteristic humility. “For what does a Jew have in this world other than Torah?”

“I instituted some important practices in Melbourne,” he added. “First, Shabbos must be brought in early, so as to add from the profane to the sacred. Secondly, there must be no talking at all during davening and the Torah reading. By making sure to do this, we can also bring the Geulah closer.”

His instructions are carried out in practice. Before the Torah is read aloud on Shabbos morning, the gabbai stands up and announces a Mi sheberach for all those who are quiet during the prayers. “This is a reminder for everyone,” Rav Beck says. “The Tosafos Yom Tov instituted this practice after the Chmielnicki pogroms of 1648, and we must remember that whoever safeguards his tongue during the davening is saved from all misfortune.”

Rav Beck was quite proud of the Jews in Melbourne: “I met here Jews with a real thirst for Hashem and His Torah. I never saw such devotion until I arrived here. One Friday night, someone knocked on my door and asked if I could learn with him some laws of Shabbos. It turned out that he didn’t want to bother me with a halachic question, but he knew that I would be happy to learn with him b’chavrusa.”

I mentioned to the elderly Rav Beck that many viewed Adass Yisrael as a model community from which to learn and take an example. His response: “It is not my doing; my predecessors did it. They built it upon foundations of holiness, and I simply try to preserve intact what they left for me, and lead the congregation in Torah and fear of Heaven.”

“We are located at the end of the world,” he told me, “and the Torah has promised that even if your outcasts are found at the edge of the heavens, He will take you from there.” Pointing to the sky outside his window, he continued, “We are awaiting the day that the world will be redeemed, and then we will all ascend to Tzion and Yerushalayim — very soon.”

Just about a month ago, Rav Beck caused a stir throughout Australian Jewry when he wrote a parting letter to his students and set out for the Holy Land. Just 10 days after his arrival, he returned his soul to his Creator, and was buried in the earth that he so loved and longed for.