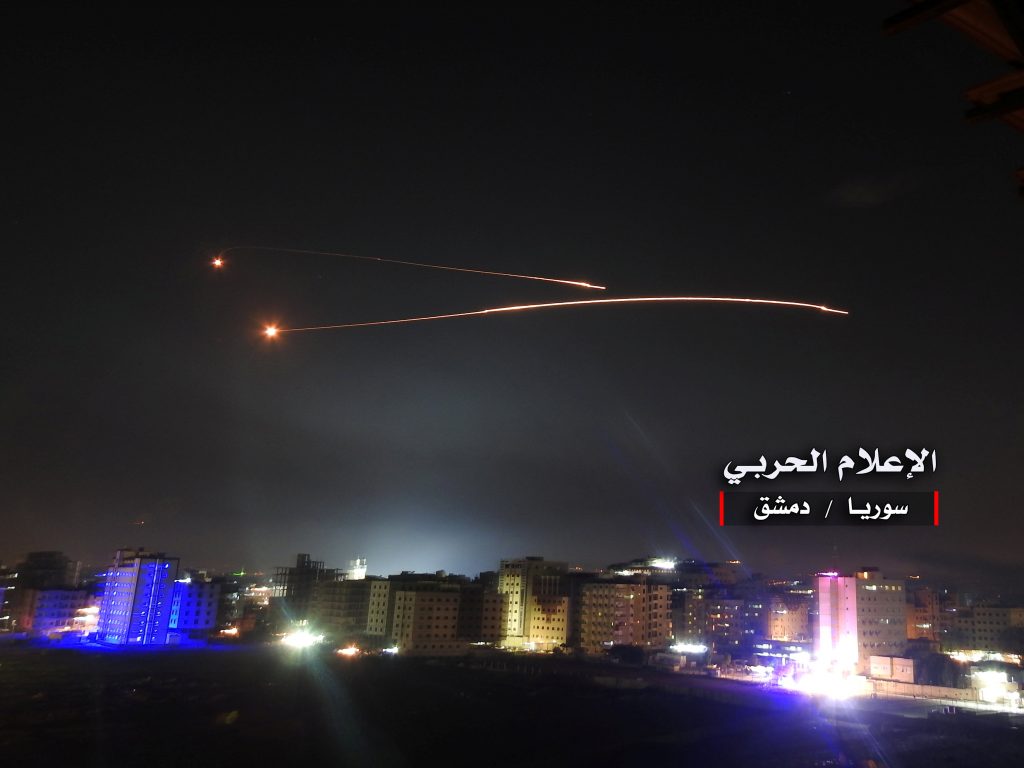 It was the latest strike on Syrian territory blamed on Israel. Such strikes have increased in frequency amid soaring tension between Israel and Iran, a major ally of Syrian President Bashar Assad.

Israel has increasingly warned that it sees Iranian influence in Syria as a threat and has in recent weeks targeted suspected Iranian targets in Syria.

State news agency SANA said the strike came shortly after midnight, a week into a Syrian government offensive against rebel-held territories in the southwestern region, which borders the Israeli side of the Golan Heights and Jordan. The offensive shattered a truce negotiated in the area by the U.S., Russia and Jordan last July.

The Britain-based Syrian Observatory for Human Rights also reported the strikes, saying Israeli jets flew over the Golan Heights and targeted suspected weapons depots for Iranian-backed militias near the Damascus airport. There were no reports of casualties.

There was no immediate comment from Israel, which rarely responds to the claims.

For a week, Syrian troops have targeted rebel-held areas in the southern Daraa province. On Tuesday, the pro-government Central Military Media said Syrian troops have gained control of al-Lujat, a rocky area in northeastern Daraa.

The U.S. has said the Syrian offensive risked broadening the conflict and called on Russia, Assad’s other ally, to end what it called violations to the truce in the region.

The nearly year-old truce has unraveled in recent weeks as Damascus turned its attention to the southwest after achieving military victories against the armed opposition near the capital Damascus. Israel has also carried out a series of strikes recently on Syrian and Iranian forces in the area.

Iranian advisers and militias it backs are embedded with Syrian troops.

SANA linked the reported Israeli attack to the government’s ongoing offensive against rebel groups in Syria’s southwestern region. It said the strike comes amid “major losses” for the rebels in the south and elsewhere in Syria, repeating the government claim that Israel supports “terrorists” operating on its territories.