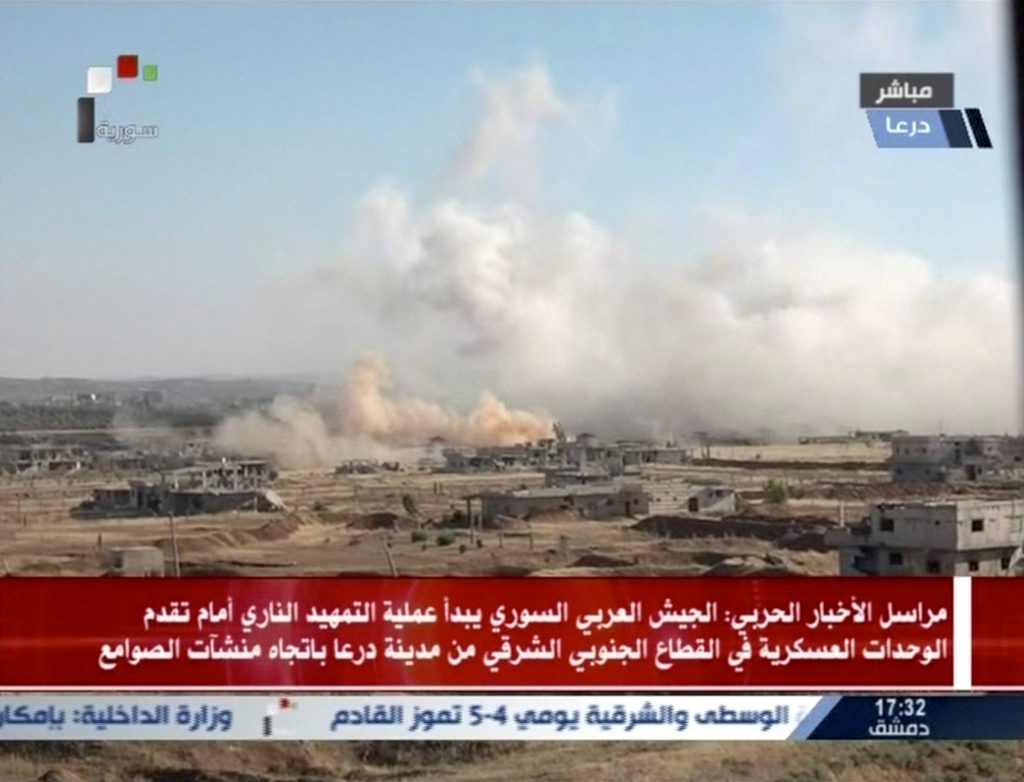 An offensive by forces of the Assad regime into rebel-held territory in southern Syria is causing civilians to flee toward the border with Israel, the Times of Israel reported on Tuesday night.

Jordan said on Tuesday it would not open its border to tens of thousands of civilians seeking safe haven there, and many are heading toward Israel.

“The safest place is the border with Israel because the regime and Russian airplanes cannot strike the area near the Israeli border,” said Waseem Kiwan, a 36-year old civilian in the village of Tafas north of Daraa city.

He said nothing is spared in the intensive bombing campaign, including makeshift hospitals, civil defense centers, and U.N. affiliated offices.

“The area is heading toward a catastrophe, a humanitarian catastrophe in every sense of the word,” he said. “People are living in extreme fear.”

An IDF spokesperson said the military “is prepared for a large variety of scenarios and is monitoring the events in the area.”

Syrian troops widened a major offensive against rebels in the southwest on Tuesday, and at least 45,000 people have fled the battlefield area in southwestern Deraa province.

Jordan said its borders will remain closed for any new refugees, calling on the U.N. to provide security in southern Syria. About 660,000 registered Syrian refugees have already entered Jordan and the number of displaced Syrians in the overburdened country may be much higher.

Jens Laerke, a spokesman for the U.N. Office for the Coordination of Humanitarian Affairs, said aid officials were “deeply concerned” about the emerging crisis.

He called on warring parties to “ensure the protection of these civilians, according to international law.”