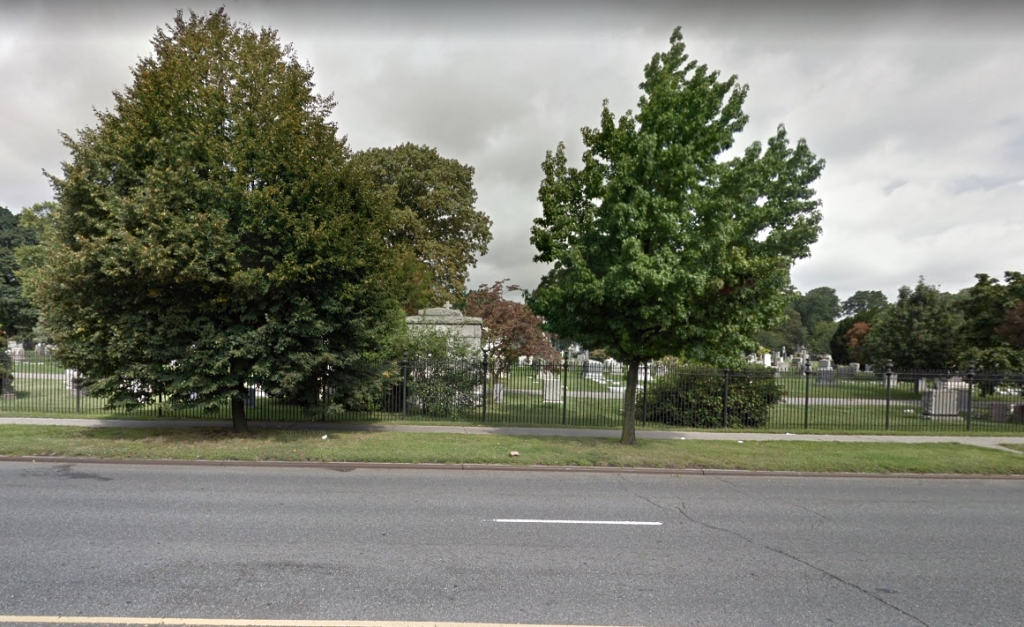 A group of Boro Park Kohanim has taken upon itself to try to resolve an impass created by overhanging trees that straddle Greenwood Cemetery and parts of Ft. Hamilton Parkway and McDonald Avenue.

The area has been known to be problematic for many years as when trees on the adjoining streets grow broader branches, they cover not only the sidewalk but several lanes of the bordering streets, which is the case presently. The branches were trimmed by Vaad Mishmeres Hakehunah in 2015, but they have since grown back.

Tzvi Herman is one Boro Park Kohen who has put his kochos into spreading awareness of the matter and to seeing that it be rectified.

“It’s clear that this is a problem, but there are a lot of Kohanim who simply don’t even know about it,” he told Hamodia. “We want to make sure that people are clear about what the facts are and at the same time we hope that we can get the permits and funds that we need to cut the trees and make the situation better.”

Presently, the branches on trees around the cemetery have grown to a breadth that they extend at some points into multiple lanes on both Ft. Hamilton and McDonald, leaving few halachically permissible options for Kohanim to traverse the streets. While the area is on what is considered the outskirts of Boro Park, the streets adjacent to it are part of one of the most frequently used thoroughfares by those traveling between the neighborhood and Williamsburg or Monsey.

While Kohanim traveling in their own cars can usually avoid problematic situations by staying in the left-most lanes, the many who travel by bus or car service can easily find themselves unwittingly beneath the overhanging branches.

Besides the costs involved, before trees can be cut permits must be obtained from the city. Ahron Gitchel, a tree pruner who has often done similar work for Jewish communities in Brooklyn, is now in the process of working with New York City officials to get the necessary clearance for work to start. At the same time, Mr. Herman and several other Kohanim are actively working to raise the several thousands of dollars that will be needed to cover the costs of the project once it is approved.

Greenwood is not a Jewish cemetery, but as is often the case it is known to contain the graves of several Jewish people. Several decades ago, a number of leading Rabbonim, including Harav Avrohom Pam, zt”l, and ybc”l Harav Yechezkel Roth surveyed the area and determined that it was indeed impermissible for Kohanim to pass under trees that covered areas of the cemetery and extended over adjacent streets. At the time, their conclusions were publicized in a kol korei proclamation that has been re-published several times since.

Efforts to obtain permission and raise funds to trim trees around other cemeteries in the area are also ongoing, including several spots around Washington Cemetery and along the Interboro Parkway, which is bordered by several Jewish cemeteries in one section.