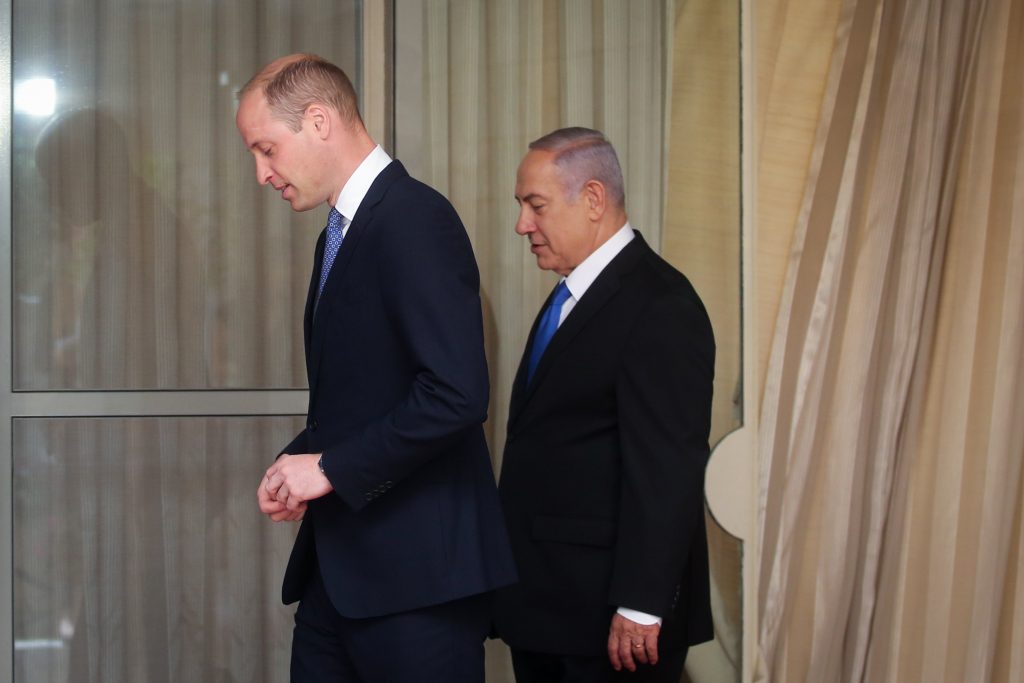 The Foreign Press Association in Israel accused the Prime Minister’s Office of “blatant ethnic profiling,” saying that an Albanian journalist was prevented from covering Prince William’s meeting on Tuesday with Prime Minister Netanyahu over suspicions of Muslim background.

“The producer, an Albanian national and accredited international journalist based in Israel for three years, was repeatedly asked by security guards about his ‘extraction,’ while other AP staffers were asked about his religion and whether he was a ‘Muslim,’” the FPA said in a statement.

“The Foreign Press Association condemns this disgraceful and indefensible behavior by the prime minister’s security staff in the strongest terms,” it says.

Nebi Qena, an AP senior producer for Israel and the Palestinian territories, was held at the entrance to the residence for 45 minutes, forcing him to miss the event, while other journalists were allowed to enter.

Qena is an ethnic Albanian from Kosovo and an Albanian citizen. He has been with the AP for 10 years. He had registered for the event in advance and been assured he would be allowed to enter. The AP was serving as the video press pool for international media.

“We call on the prime minister’s office to apologize immediately, and urge the Duke of Cambridge’s office to speak out against this offensive behavior, which has marred a historic visit,” the FPA said. “Enough is enough.”

The security department in Netanyahu’s office issued a statement regretting “distress or discomfort.”

William’s office referred queries to the British Embassy, which had no immediate comment.