World Boris Johnson Offers Three Reasons He Admires Trump, Whom He Once Called ‘Out of His Mind’
World 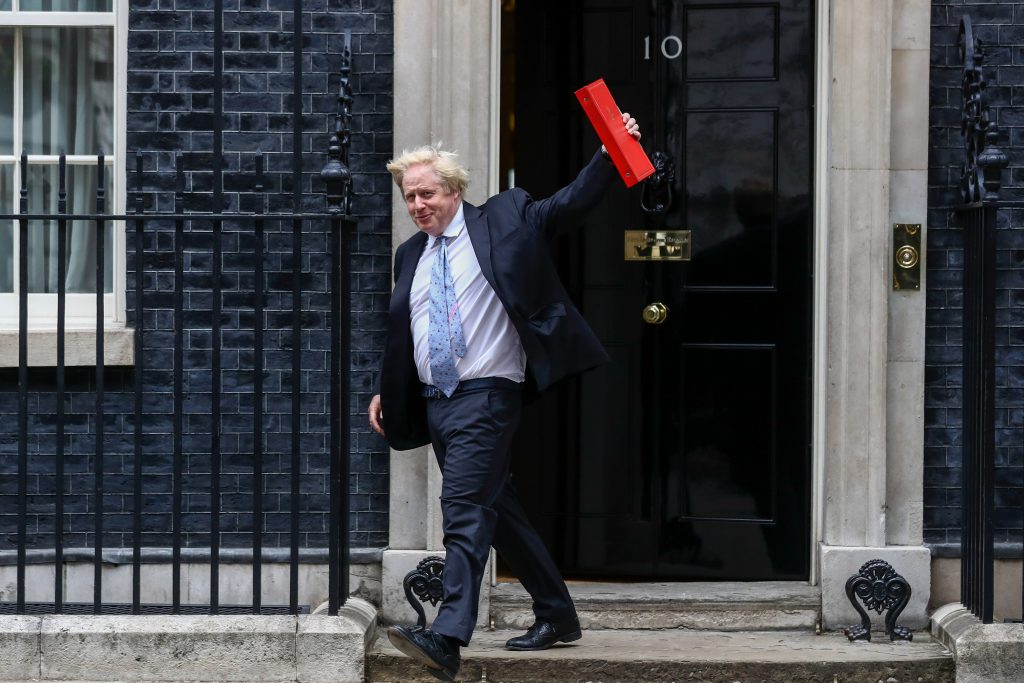 In 2015, when Donald Trump was still on the campaign trail and Boris Johnson, now Britain’s foreign secretary, was still mayor of London, Johnson said President Trump was “clearly out of his mind.”

President Trump had recently announced that some parts of London were radicalized to the point that police were “afraid for their own lives.”

And Johnson responded by saying that by making such claims, Trump was “portraying a quite stupefying ignorance that makes him, frankly, unfit to hold the office of president of the United States.”

“I would invite him to come and see the whole of London and take him around the city, except I wouldn’t want to expose Londoners to any unnecessary risk of meeting Donald Trump,” Johnson added.

But as time passed and Trump was eventually elected to office, Johnson began to shift gears. Shortly before Trump’s inauguration, he said Trump had an “exciting agenda for change.” And this month, audio leaked to BuzzFeed revealed that in a closed-door meeting, Johnson had said that he is “increasingly admiring of Donald Trump.”

“Imagine Trump doing Brexit,” Johnson said. “He’d go in bloody hard. . . . There’d be all sorts of breakdowns, all sorts of chaos. Everyone would think he’d gone mad. But actually you might get somewhere. It’s a very, very good thought.”

On Tuesday, British politicians had the opportunity to grill Johnson about his remarks. Emily Thornberry, the shadow foreign secretary for the opposition Labour Party, asked him to justify the comments by offering three examples of what he admires about the U.S. president, whom she called Johnson’s “new hero.”

And the British foreign secretary dug in, saying he admired President Trump’s negotiations with North Korea, his urging of European countries to increase their defense spending and his decision to bomb Syria after a suspected chemical weapons attack by Bashar Assad’s regime.

“I think it’s a good thing the United States is trying to solve the problem of a nuclear-armed North Korea, and trying very hard, and I admire at least the president’s efforts in that respect,” he said.

Thornberry was not impressed with his response.

“[E]ven he knows, surely, in the depths of his soul, that when we have a president like Donald Trump, who bans Muslims …, who stokes conflict and fuels climate change, who … cages children, that is not a record to be admired, that is a record to be abhorred,” she said.

But Johnson replied that even when Britain and the United States differ on policies, Washington is Britain’s “most important and most trusted ally.”

Prime Minister Theresa May has tread carefully around Trump, who is slated to visit Britain next month, when he is set to meet Queen Elizabeth II. This month, PM May criticized his policy separating migrant children from their parents at the U.S. border, calling it “deeply disturbing” and “wrong.”

Johnson, however, faced further criticism on Tuesday for not speaking out against the policy on his end. On Twitter, lawmaker Drew Hendry of the Scottish National Party said the foreign secretary is “just a disgrace.”

“[He] cannot bring himself to personally condemn Trump’s policy of separating children from their parents and putting them in cages,” Hendry wrote. “Instead he palms it off to the PM.”