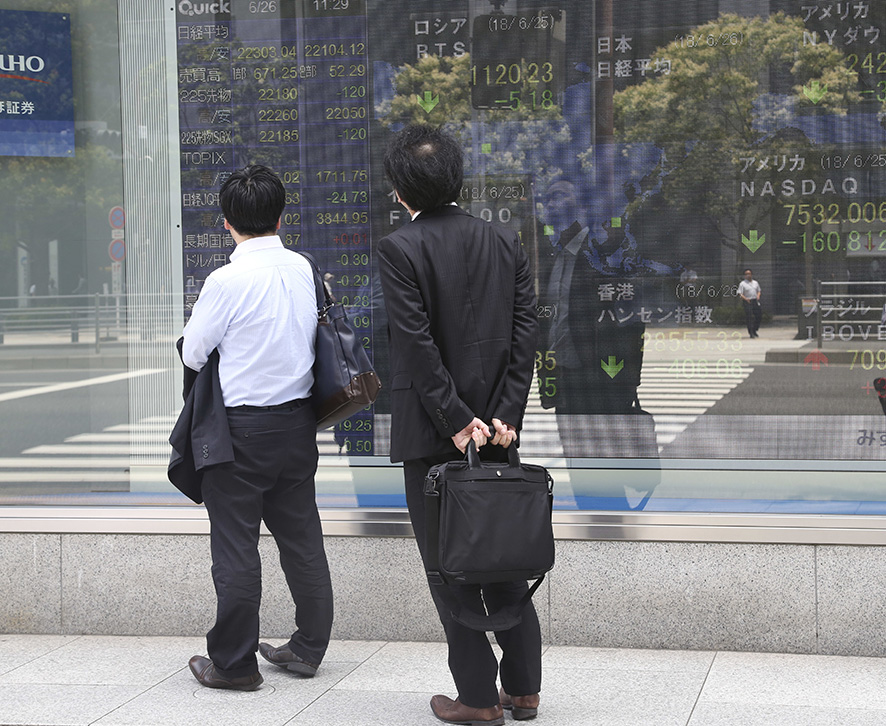 Asian markets were mixed on Tuesday, as moves by the U.S to gain an upper hand on trade with China weighed on the technology sector. Tech stocks have been the pillar of the Wall Street’s long-running bull market.

Stocks tumbled on reports that the Trump administration plans to limit exports of some high-tech products to China, and also limit investment in technology firms by companies with substantial Chinese ownership. Treasury Secretary Steven Mnuchin’s suggestion that the investment restrictions wouldn’t be limited to China caused stocks to slide further.

The market recovered when Peter Navarro, one of President Donald Trump’s top trade advisers, told CNBC that there was no plan for investment restrictions and that the administration’s probe into alleged technology theft is limited to China. All but one of the 72 technology companies listed on the S&P 500 index closed lower on Monday.

U.S. efforts to secure a pole position in trade are seeing some hit back. Iconic American motorcycle maker Harley-Davidson said it would move some production overseas to avoid tariffs the European Union is placing on motorcycles made in the U.S. Those tariffs were a response to taxes the U.S. placed on steel and aluminum from Europe. In fewer than two weeks, a 25- percent tariff will be imposed by the U.S. on billions of dollars of Chinese products. China will also raise import duties on $34 billion worth of American goods. China and the European Union agreed on Monday to launch a group that will, among other things, preserve support for international trade amid U.S. threats of import controls.

“Fears that China may pull investments in U.S. tech firms have caused a broad drawback. There is a sense that trade tensions could be long drawn [out] and somewhat more antagonistic going forward,” said Vishnu Varathan, head of economics and macro strategy at Mizuho Bank.

OPEC countries have agreed to raise the supply of crude oil by 1 million barrels a day. But investors aren’t sure if the cartel will carry it out. Benchmark U.S. crude gained 9 cents to $68.16 per barrel in New York. It dipped 0.7 percent to settle at $68.08 per barrel on Monday. Brent crude, used to price international oils, rose 6 cents to $74.61 per barrel in London.